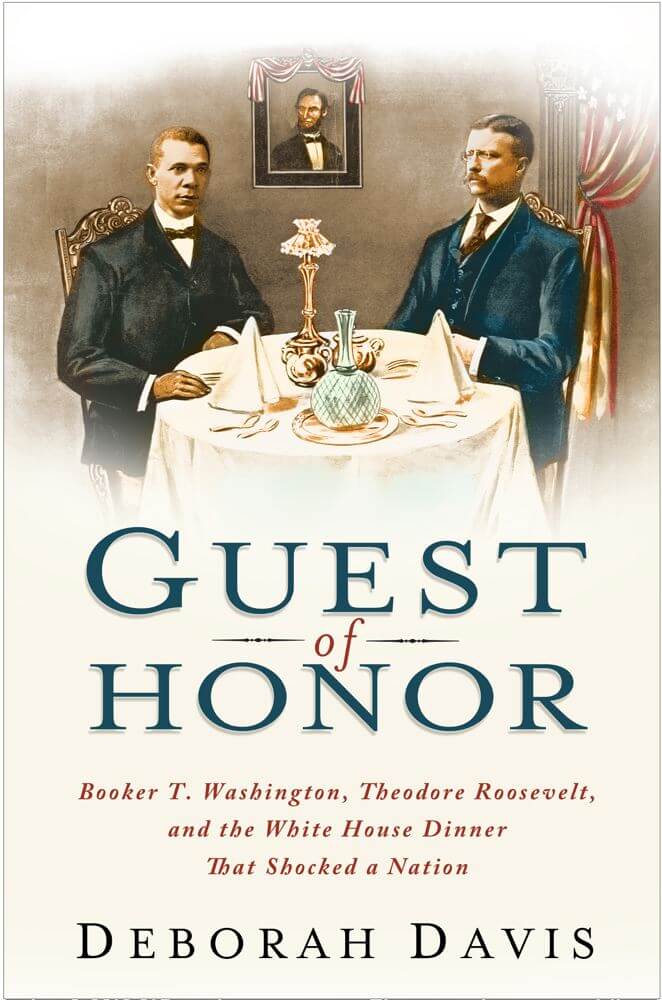 Guest of Honor: Booker T. Washington, Theodore Roosevelt, and the White House Dinner That Shocked a Nation
by Deborah Davis

Book Description:In this revealing social history, one remarkable White House dinner becomes a lens through which to examine race, politics, and the lives and legacies of two of America’s most iconic figures. In 1901, President Theodore Roosevelt invited Booker T. Washington to have dinner at the executive mansion with the First Family. The next morning, news that the president had dined with a black man and former slave sent shock waves through the nation. Although African Americans had helped build the White House and had worked for most of the presidents, not a single one had ever been invited to dine there. Fueled by inflammatory newspaper articles, political cartoons, and even vulgar songs, the scandal escalated and threatened to topple two of America’s greatest men. In this smart, accessible narrative, one seemingly ordinary dinner becomes a window onto post

Civil War American history and politics, and onto the lives of two dynamic men whose experiences and philosophies connect in unexpected ways. Deborah Davis also introduces dozens of other fascinating figures who have previously occupied the margins and footnotes of history, creating a lively and vastly entertaining book that reconfirms her place as one of our most talented popular historians.

More books like Guest of Honor: Booker T. Washington, Theodore Roosevelt, and the White House Dinner That Shocked a Nation may be found by selecting the categories below:

Tell us what do you think about Guest of Honor: Booker T. Washington, Theodore Roosevelt, and the White House Dinner That Shocked a Nation.