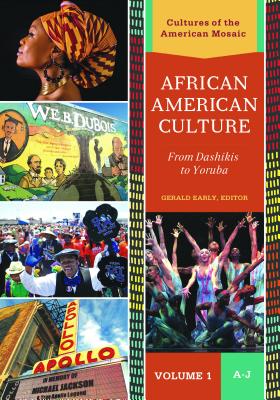 Covering everything from sports to art, religion, music, and entrepreneurship, this book documents the vast array of African American cultural expressions and discusses their impact on the culture of the United States.

More books like African American Culture: From Dashikis to Yoruba may be found by selecting the categories below: