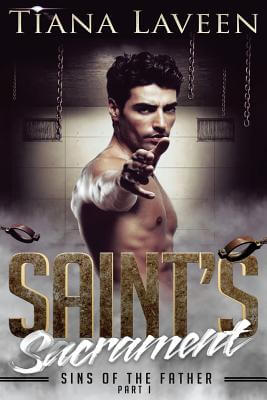 Please note: This is the fourth installment of the Saint series. Though this book can be read as a stand-alone, the reader would benefit from reading the previous books in chronological order: "The Naughty Sins of a Saint," "When Saint Goes Marching In," and "Saved and SAINTified." This book features adult themes, language and subject matters which some readers may find objectionable. This is the first half of the book "Saint’s Sacrament - Sins of the Father." At long last, Saint enjoys comfortable living in Los Angeles, relishing the time with his Queen, his sons and his little Princess, the newest addition, Isis. Just as they are settling into a pattern of predictability, the good times do not go unchallenged. Despite her busy schedule, Xenia&rsquo;s career has reached an epic level, bursting through the glass ceiling she is now featured on daytime television. She accepts the job with Saint&rsquo;s blessing, only to discover an old flame is pulling the strings behind the scenes like a puppet master To make matters worse, Saint&rsquo;s career is in jeopardy as a devious multi-tiered plot unfolds, swallowing his resolve and testing his constitution. Now, with Lawrence and Jagger at his side and the sage advice of his father, he must come face to face with not one, but three entities that have come together, masterminding a plot to seek and destroy the man and everything he&rsquo;s worked so hard to build. This is a tale of corruption, broken hearts, and evil deeds come home to roost, and the love of a husband, father, son and friend being tested to the limit. When the dust of Hell clears, who will be the last man standing?

More books like Saint’s Sacrament - Sins of the Father Part I may be found by selecting the categories below:

Tell us what do you think about Saint’s Sacrament - Sins of the Father Part I.