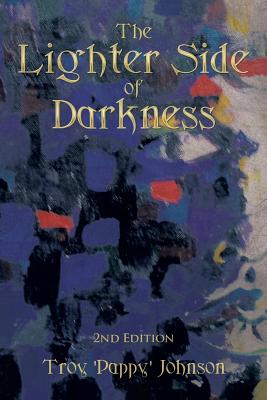 The Lighter Side of Darkness
by Troy Pappy Johnson

Book Description:
The LSD is a supernatural thriller based on actions taken by GOD to rid the world of evil forever. In this story ironically enough GOD commission sinners to rid the world of Satan by answering the final prayer of Protagonist, (Dimitrius Steele, AKA The Redeemer) an Ex- Marine now condemned death row prisoner; by sending him to Hell to save the souls of his family. Unlike (Dante’s Inferno or What Dreams May Come) In order to do this, Dimitrius must recruit the souls of the damned; who wish to be redeemed, which causes a rebellion in Hell. While forming a Divine Militia to lead out of the depths of Hell and delivering them to the Kingdom of Heaven, they are faced with the unorthodox complexities only sinners may frequent. Thus, their faith is tested as the destruction of Hell begins. Meanwhile back in the Material World Protagonist, (Father Gabriel) frequently plagued by unexplainable premonitions of the Crucifixion must organize the (New Disciples), together their mission is to unite the 12 Tribes of Israel and the various religions of true believers into 1 prayer in order for GOD to send us his true blessing: The return our Lord JESUS CHRIST, the true Redeemer. This in turn may prove not to be an easy task due to unforeseen dark forces plotting against Gabriel’s path. Although the two men are fighting different battles, they realize that they are fighting the same war in different places, space and time . . . In retaliation, fully aware of the Redeemer’s quest; Antagonist, (Belial, AKA Satan) welcomes the opportunity by unveiling his powers to destroy the Material World via unleashing his Army of Demons causing the beginning of the Apocalypse and the final battle: Armageddon. It’s a requiem of our FAITH, Good vs. Evil and Heaven vs. Hell.

More books like The Lighter Side of Darkness may be found by selecting the categories below:

Tell us what do you think about The Lighter Side of Darkness.