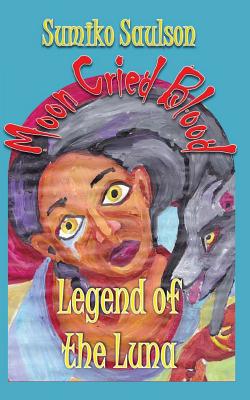 Book Description:
Book One of the serialized tale of "The Moon Cried Blood," the Legend of the Luna introduces us to the Lunae, and to the character Leticia Gordon. Series Overview: It is said that the Wolf may howl at the Moon, but the Moon never howls at the Wolf. In the gritty urban streets of Los Angeles in 1975, Leticia Gordon is forced to come to terms with many things: the tragic death of her stepmother and baby sister in a car accident, fear she’ll wind up in foster care, and the sudden revelation she belongs to a long line of powerful witches known as Lunae who exhibit first power at menarche (first menstruation). Running from foes natural and supernatural, will her new found powers be the turning point that elevates her position of honor, or will it destroy her like the dark forces that consumed her father? In a world turned upside down where time itself seems in flux, in whom can she trust? Leticia “Tisha” Gordon, a thirteen year old girl living in Los Angeles in 1975. Tisha has been beleaguered by tragedy all of her young life. She has lost her father, her mother is in a mental hospital, and her stepmother has been raising her along with her three year old half sister. At the beginning of the story, a third tragedy strikes as she loses her stepmother and sister in a car accident and is threatened with the possibility of ending up in foster care. Under these devastating circumstances, she learns that she is endowed with powers, to look into the hearts of men and see their underlying motivations, as well as the potential to travel through time in the dreams of her ancestors because she comes from a long line of witches called the Lunae who are imbued with their power by the moon. The Lunae do not begin to exhibit power until they enter puberty and experience the onset of menstruation, known as menarche.

More books like Legend of the Luna (The Moon Cried Blood) (Volume 1) may be found by selecting the categories below: