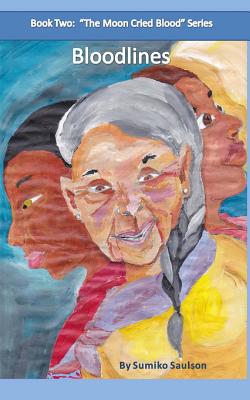 Book Description:
The Moon Cried Blood Saga continues as young Tisha Gordon travels across country with her great-great-grandmother Letty and learns both her fate and her history. Meanwhile, her estranged mother, Joy, is on a journey of her own. Will mother and daughter be reunited? Are Tisha’s tragedies finally at an end, or are they only just beginning. Who is this mysterious Nana Letty, and what is the secret she is hiding from her past? It is said that the Wolf may howl at the Moon, but the Moon never howls at the Wolf. In the gritty urban streets of Los Angeles in 1975, Leticia Gordon is forced to come to terms with many things: the tragic death of her stepmother and baby sister in a car accident, fear she’ll wind up in foster care, and the sudden revelation she belongs to a long line of powerful witches known as Lunae who exhibit first power at menarche (first menstruation). Running from foes natural and supernatural, will her new found powers be the turning point that elevates her position of honor, or will it destroy her like the dark forces that consumed her father? In a world turned upside down where time itself seems in flux, in whom can she trust?

More books like Bloodlines (The Moon Cried Blood) (Volume 2) may be found by selecting the categories below: