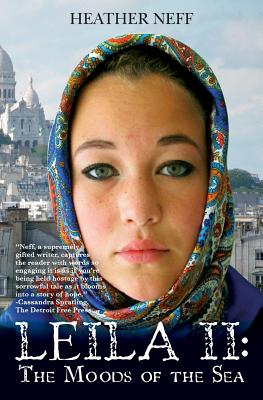 Leila II:: The Moods of the Sea
by Heather Neff

Book Description:
"Leila II, The Moods of the Sea" Leila, the twelve-year-old daughter of illiterate parents, spent her childhood in a mud hut in the Atlas Mountains of Morocco. Given to three strangers in payment for her father’s debts, she is forced to work in a brothel before being sold to a wealthy, prominent man. "Leila: the Weighted Silence of Memory" recounts Leila’s years of physical, sexual, and emotional abuse at the hands of her captors. After managing to escape, she seeks to rebuild her life with a family suffering from tragic losses of their own. "Leila II, The Moods of the Sea" finds Leila three years later, still a fugitive from the man who held her captive. Though deeply haunted by her past and her fear of recapture, her hard work has brought fortune to the family that shelters her. As they try to better their lives with a new business venture, Leila takes her first steps toward healing. Her world gains new meaning when she is drawn toward a powerful, unexpected love. After a terrible coincidence delivers her again into the hands of her tormenters, Leila suffers a vicious assault that leaves her body broken. Now she must fight for herself, her future, and for everyone and everything she has come to care for. A tale of human trafficking, Leila’s story illuminates the plight of more than twelve million victims held in modern-day slavery throughout the world.

More books like Leila II:: The Moods of the Sea may be found by selecting the categories below: