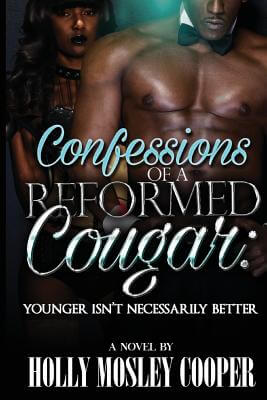 Book Description:
Chasing the young men just isn’t fun for Janet anymore. But let’s be honest, she really doesn’t have to chase them, they come to her. She was the quintessential player but then she met her match in Austin. She thought she might be ready to settle down with the love of a good man but as it turns out, Austin is not that man. He made her think that he was but it turns out that they should have had a more detailed relationship talk. She has several dating options, all of them younger. Some of them could potentially be serious, long-term relationships but Janet is stuck on stupid because she is stuck on Austin. As she reflects on her past loves and potential future mate, how will Janet reconcile her wild side with the need for stability and companionship.

More books like Confessions of a Reformed Cougar: Younger Isn’t Necessarily Better (Volume 2) may be found by selecting the categories below:

Tell us what do you think about Confessions of a Reformed Cougar: Younger Isn’t Necessarily Better (Volume 2).