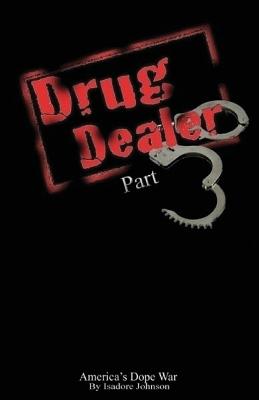 Book Description:
Despite being a Federal attorney with remarkable skills at offensive strategy, Tyrell could have never foreseen the depth of what was now taking place across America. After being forced to release irrefutable evidence against high-level politicians and key members of the otherwise cloaked Illuminati, criminals in every ghetto neighborhood responded in an upheaval. -The mask of the Criminal Justice System had been unveiled and now regarded as being nothing more than a Governmental facade, designed to enslave and profit off the entire underworld. Overnight, every prison in the country had become permanently overcrowded beyond humane capacity. The national murder rate was so catastrophic, that not even a Richter scale could measure. The message from mainstream America to the underworld was clear: —For anyone considered a criminal, law & order no longer existed. —Instead of being apprehended, arrested and tried in a court of law, DRUG DEALERS were now ordered to be identified, hunted and eliminated. This was now the new version of America’s law…

More books like Drug Dealer part 3: America’s Dope War (DRUG DEALER The Series) (Volume 3) may be found by selecting the categories below:

Tell us what do you think about Drug Dealer part 3: America’s Dope War (DRUG DEALER The Series) (Volume 3).