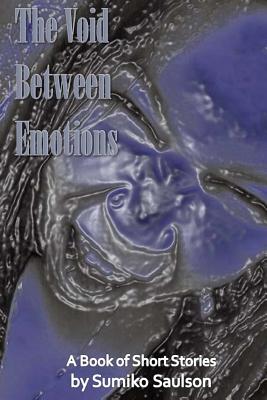 The Void Between Emotions: A Short Story Collection
by Sumiko Saulson

Book Description:
Explore the darker side of speculative fiction with this collection of supernatural short stories involving sea creatures, ghosts, witches, mermen, shapeshifters, and more. The Void Between Emotions is written by an African American author and contains many stories that reflect African American culture, conflict and issues as well as other culture’s concerns fine examples of writing the other. The stories are primarily horror, with some science-fiction and paranormal romance. The Void between Emotions consists of the ocean-themed The Dance of the Sea Hare and Tortoise; a creepy tale about a young black man strangely obsessed with the recent influx of oceanic life onto dry land; Character Flaws, about a fictional character taking over his author; Bodies, about a human woman who hates her body as much as her witch girlfriend loves it, The Woman Who Couldn’t Stop Crying, about La Llorona, The Weeping Woman), Shallow Waters, about a loveable but unfortunately dangerous merman; Sweetness, a post-apocalyptic tale about a desperate werepig and a ruthless bacon hunter; The Birthday Present, about a girl who unexpectedly learns who her true father is during a wicked Sweet Sixteen party; This One Has Teeth, about a dentist visit from hell; Bloodsuckers, about a symbiotic parasite and vampire relationship; Ashes and Coffee, about a young homeless woman faced with death personified, and Therma Martin Zeda 2525, about a future dystopia and genetic engineering gone wrong.

More books like The Void Between Emotions: A Short Story Collection may be found by selecting the categories below: