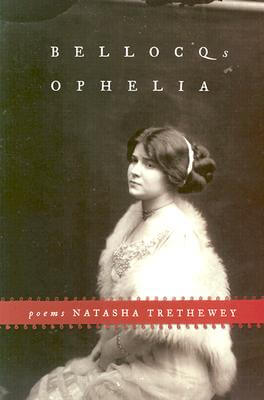 Book Description:
Selected as a "2003 Notable Book" by the American Library Association
In the early 1900s, E.J. Bellocq photographed prostitutes in the red-light district of New Orleans. His remarkable, candid photos inspired Natasha Trethewey to imagine the life of Ophelia, the subject of Bellocq’s Ophelia, her stunning second collection of poems. With elegant precision, Ophelia tells of her life on display: her white father whose approval she earns by standing very still; the brothel Madame who tells her to act like a statue while the gentlemen callers choose; and finally the camera, which not only captures her body, but also offers a glimpse into her soul.

More books like Bellocq’s Ophelia: Poems may be found by selecting the categories below:

Tell us what do you think about Bellocq’s Ophelia: Poems.