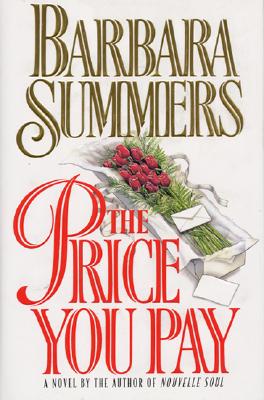 The Price You Pay
by Barbara Summers

Hardcover Description:
When a prestigious cosmetics company in New York City prepares to launch a daring new ad campaign with a Black model, the search involves more than finding the right girl. Once found, she’s got to stay alive. So far, of the many called and the few chosen, not one has lived to enjoy her success. And no one seems to know why.The Price You Pay is a stunning first novel that explores the mixed blessings bestowed on women who live off their looks and dreams. Money, power, reputation — and even more — are at stake in this world of off-and-on glitter. But the players are eager and plentiful.Makeup artist extraordinaire, Max loves it all — the fabulous clothes, the lights-camera-action, the fashion wars with all the drama. Confidant to the stars, he’s seen the rise, fall, and burn out. He knows where the bodies are buried. And he knows why.Karine Belfort, the West Indian princess with the beautiful face and the ambitious attitude, arrives from Paris to break out of conventional success in magazines and on runways. Everyone agrees that she is destined for the big time. Almost everyone.Nicky Knight, a California girl new to New York, wants to follow in her model mother’s footsteps. As she does, she finds herself in dengerous territory where even her father, a worldy music mogul, cannot protect her. Business tycoon Thomas N. Thompson rose from poverty in Mississippi to become one of the wealthiest men in America. Now his brilliant daughter, Cristina, president of his company, is challenging his authority with a vision of her own. As these characters collide with each other and with an extensive, colorful cast, the spotlights move beyond the on-cue smiles of the modeling world to the darker dramas of racism and madness. The short stories of Nouvelle Soul broke critical ground and introduced Barbara Summers as a new lietrary voice to be reckoned with. This dazzling debut novel wil surely adavnce her position among today’s most talented writers. A former professional model herself, Summers knows the world she writes about firsthand, grounding her fiction in the studios, boardrooms, and bedrooms of present-day image makers. The Price You Pay is part whodunit, part love story, and a wholly satisfying excursion through a world we look at, but rarely into.

Books similiar to The Price You Pay may be found in the categories below: