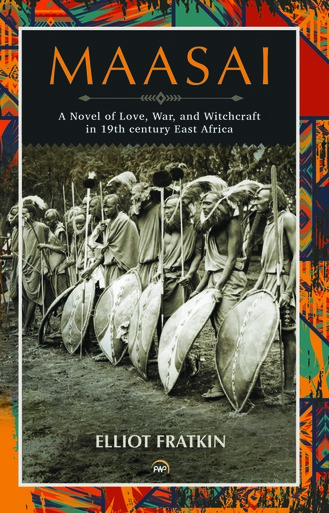 Maasai: A Novel of Love, War and Witchcraft in 19th Century East Africa
by Elliot Fratkin

This novel is based on true events of the 19th century, a period of widespread warfare between pastoralist groups fighting for grazing lands and cattle. The fiercest of these groups were the Laikipiak Maasai who dominated Kenya s Great Rift Valley until their defeat in the 1870s. The novel focuses on two lovers, Maron and Endelepin and their son Kitoip, as they endure the tribulations of warfare, smallpox, slave traders and the coming of European colonialism.