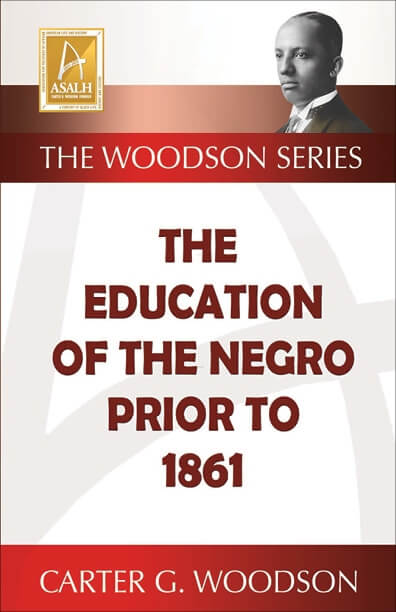 Education of the Negro Prior to 1861
by Carter G. Woodson

Black Classic Press, in partnership with the Association for the Study of African American Life and History (ASALH,) announces the launch of The Woodson Series, which recognizes the pioneering efforts of Carter G. Woodson, The father of Black History Month, as a publisher and institution builder. (Read More ›)

“The accounts of the successful strivings of Negroes for enlightenment under most adverse circumstances read like beautiful romances of a people in an heroic age.“

The adverse circumstances to which Woodson refers occurred during the antebellum period, from the beginning of slavery to the Civil War. In this work he chronicles the educational endeavors of Africans in America during this timeframe. He does so with the hope of “narrating in brief how benevolent teachers of both races strove to give antebellum Negroes the education through which many of them gained freedom in its highest and best sense.” First published in 1919.