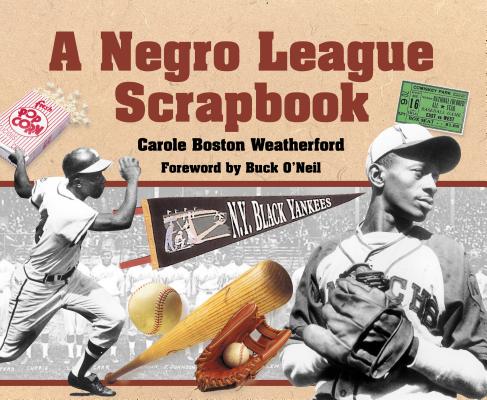 Book Description:
Imagine that you are an outstanding baseball player but banned from the major leagues. Imagine that you are breaking records but the world ignores your achievements. Imagine having a dream but no chance to make that dream come true. This is what life was like for African American baseball players before Jackie Robinson broke Major League Baseball’s color barrier. Meet Josh Gibson, called "the black Babe Ruth," who hit seventy-five home runs in 1931; James "Cool Papa" Bell, the fastest man in baseball; legendary Satchel Paige, who once struck out twenty-four batters in a single game; and, of course, Jackie Robinson, the first black player in Major League Baseball, and one of the greatest players of all time. Featuring lively verse, fascinating facts, and archival photographs, this is a celebration of the Negro Leagues and the great players who went unrecognized in their time.

More books like A Negro League Scrapbook may be found by selecting the categories below: