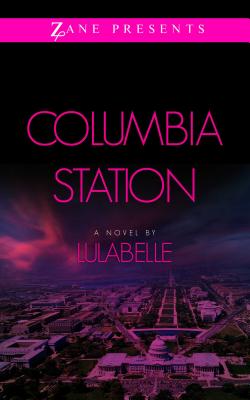 Columbia Station: A Novel
by Lulabelle

Paperback Description:
After a multi-billion-dollar media merger, a group of network television staffers at Columbia Station are suddenly downsized leaving them to wonder, what happens next?
So what would you do if one day while you were typing away at your desk, you turned around and discovered your supervisor waiting for you to accompany him to human resources? That very scenario happens to television reporter Liz Reece at one of the most powerful network television stations in the world. Five minutes later, she finds herself doing the walk of shame and being escorted by a security guard, while carrying a box of her belongings out the ornate glass doors of Columbia Station.
It was only yesterday that Liz was interviewing high-profile celebrities and politicos, and now she s suddenly toting a pink slip and severance package in one hand and balancing a box of office tchotchkes in the other. Luckily, or unluckily, she isn t alone and she and her media colleagues struggle to survive this new post-Columbia Station life.
A witty celebration of workplace camaraderie, "Columbia Station" gives you a peek inside their hilarious professional environment and chronicles the employees journey through the difficult downsizing experience from the television network they loved, lived, and breathed, all while attempting to redirect their energies and create lives better than they ever imagined."

More books like Columbia Station: A Novel may be found by selecting the categories below: