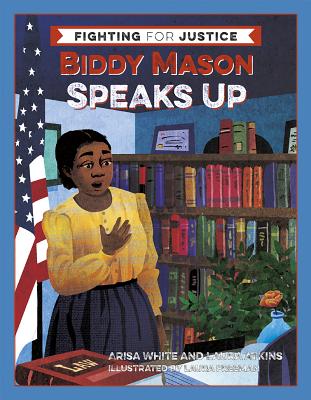 Book Description:Building on the brilliance of Fred Korematsu Speaks Up, the newest installment in the Fighting for Justice series introduces young readers to another real-life champion for civil rights: Bridget Biddy Mason, an African American philanthropist, healer, and midwife who was born into slavery. When Biddy arrived in California, where slavery was technically illegal, she was kept captive by her owners and forced to work without pay. But when Biddy learned that she was going to be taken to a slave state, she launched a plan to win her freedom. She refused to be defined by her enslavement, and coauthors Arisa White and Laura Atkins devote much of their narrative to Biddy Mason’s later life as a business and civic leader in the fledgling city of Los Angeles.

More books like Biddy Mason Speaks Up may be found by selecting the categories below: