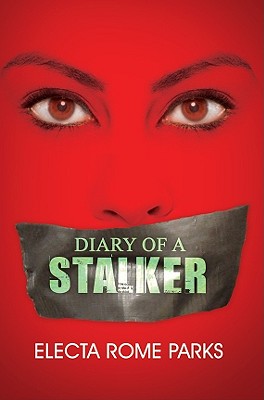 Diary Of A Stalker (Urban Renaissance)
by Electa Rome Parks

Paperback Description:
Never judge a book by its cover… Xavier Preston is tall, dark, and handsome, and the problem is that he knows it. He’s a bestselling author who is accustomed to adoring female fans, both young and old, flirting with him, throwing themselves shamelessly at him, and trying to get between more than the covers of his novels. He has always been more than willing to accommodate their needs and desires; however, his womanizing days have finally ended. He’s engaged to a beautiful woman, Kendall, and he’s decided to walk the straight and narrow. Or has he? From outside appearances, the very stunning Pilar has it all: a great career, a beautiful home, and a trust fund that keeps her financially secure; however, looks can be deceiving. All that glitters isn’t necessarily gold. Pilar is searching for her perfect soulmate, and she thinks she has found him in Xavier. She believes in going after what she wants with a vengeance … and she wants Xavier. That is not negotiable. She will have him, even if it kills him. When Xavier meets his fanatical fan, Pilar, he gets much more than he bargained for. What starts out as an erotic one-night stand quickly spirals out of control into a dangerous game of obsession and pain with both parties playing to win. Think you know what goes on behind the literary scene? Think again.

More books like Diary Of A Stalker (Urban Renaissance) may be found by selecting the categories below: