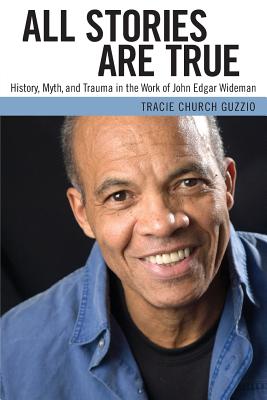 A mapping of the whole Wideman universe from novels to short stories to nonfiction. In All Stories Are True, Tracie Church Guzzio provides the first full-length study of John Edgar Wideman’s entire oeuvre to date. Specifically, Guzzio examines how Wideman (b. 1941) engages with three crucial themes—history, myth, and trauma—throughout his career, showing how they intertwine.

The fusion of fiction, national history, and Wideman’s personal life is characteristic of his style, which—due to its complexity and smudging of genre distinctions—has presented analytic difficulties for literary scholars. Despite winning the PEN/Faulkner award twice, for Sent for You Yesterday (1984) and Philadelphia Fire (1990), Wideman remains understudied. Of particular value is Guzzio’s analysis of the many ways in which Wideman alludes to his previous works. This intertextuality allows Wideman to engage his books in direct, intentional dialogue with each other through repeated characters, images, folktales, and songs.

In Wideman’s challenging of a monolithic view of history and presenting alternative perspectives to it, and his allowing past, present, and future time to remain fluid in the narratives, Guzzio finds an author firm in his notion that all stories and all perspectives have merit. Tracie Church Guzzio, Plattsburgh, New York, is an associate professor of English at the State University of New York, Plattsburgh. Her work has appeared in such edited anthologies as American Writers, Contemporary African American Novelists, and The Reader’s Companion to the American Short Story.