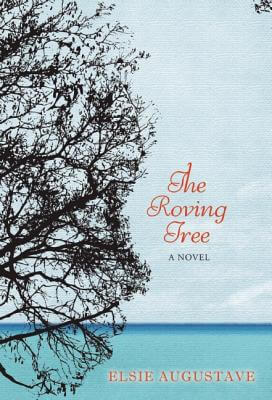 The Roving Tree
by Elsie Augustave

“…gorgeous new novel about a Haitian adoptee finding her way in many different corners of the world.”—Edwidge Danticat, New York Times

“Augustave creates a stunning tale with beautiful language that dwells in the realm of magical realism…The characters are rich, complicated and full of color and nuance.”—Mosaic Magazine

Elsie Augustave’s debut novel, The Roving Tree, explores multiple themes: separation and loss, rootlessness, the impact of class privilege and color consciousness, and the search for cultural identity. The central character, Iris Odys, is the offspring of Hagathe, a Haitian maid, and Brahami, a French-educated mulatto father who cares little about his child.

Hagathe, who had always dreamt of a better life for her child, is presented with the perfect opportunity when Iris is five years old. Adopted by a white American couple, an anthropologist and art gallery owner, Iris is transported from her tiny remote Haitian village, Monn Neg, to an American suburb.

The Roving Tree illuminates how imperfectly assimilated adoptees struggle to remember their original voices and recapture their personal histories and cultural legacy. Set between two worlds, suburban America and Haiti under the oppressive regime of Papa Doc’s Tanton Macoutes, the novel offers a unique literary glimpse into the deeply entrenched class discrimination and political repression of Haiti during the Duvalier era, along with the subtle but nonetheless dangerous effects of American racism.

Told from beyond the grave, Iris seamlessly shares her poignant and pivotal life experiences. The Roving Tree, underscored by the spiritual wisdom of Haitian griots, offers insightful revelations of the importance of significant relationships with family and friends. Years later, we see how these elements are transformative to Iris’s intense love affair, and her personal and professional growth. Universal truths resonate beyond the pages of this work.

Books similiar to The Roving Tree may be found in the categories below: