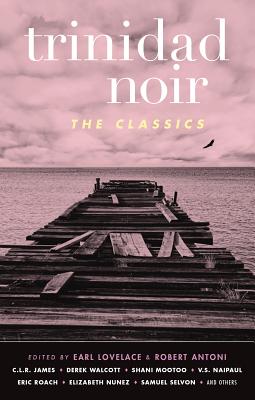 Paperback Description:
Classic stories by: C.L.R. James, Derek Walcott, Samuel Selvon, Eric Roach, V.S. Naipaul, Harold Sonny Ladoo, Michael Anthony, Earl Lovelace, Robert Antoni, Elizabeth Nunez, Ismith Khan, Lawrence Scott, Wayne Brown, Jennifer Rahim, Elizabeth Walcott-Hackshaw, Sharon Millar, Barbara Jenkins, and Shani Mootoo.From the introduction by Earl Lovelace:Where Trinidad is different even from its Caribbean sisters is the degree to which it has developed its folk arts—its carnival, its steel band, its music—as forms of both rebellion and mediation. These forms have not only continued to entertain us; they ritualize rebellion, speak out against oppression, and affirm the personhood of the downpressed. This rebellion is not evident with the same intensity as it used to be. Independence and political partisanship and the growing distance of the middle class from the folk, among other developments, have seen a fluctuation in the ideals of rebellion. Yet what is incontestable is that these arts have established and maintained a safe space for conflict to be resolved or at least expressed, not in a vacuum but in the face of a status quo utilizing its muscle and myths to maintain a narrative that upholds its interests.As the situation becomes more complex and information more crucial, our literature is best placed to challenge or to consolidate these myths. Individually, we are left to decide on whose behalf our writing will be employed. In this situation, the struggle has been within the arts themselves—whether they see themselves as an extension of rebellion or art as entertainment. Although late on the scene and without the widespread appeal of the native and folk arts, our literature can lay claim to being part of these arts of rebellion, upholding and making visible the dismissed and ignored, lifting the marginalized into personhood, persuading us that a new world is required, and establishing this island as a place in which it can be imagined and created.

Books similiar to Trinidad Noir: The Classics (Akashic Noir) may be found in the categories below: