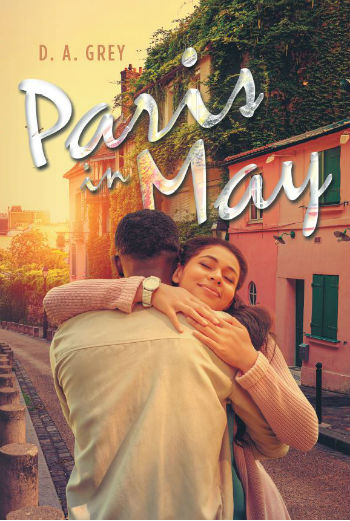 Read Our Review of Paris in May

“A refreshing technique of the author is his ability to dissect the characters completely.” …“The multilayered transparency of the characters made me feel a connection akin to the one I have with my own friends and acquaintances.” …“Parenthood and specifically single parenthood are at the heart of the narrative and this offers some insightful social commentary.”… “If you are looking for raw and unblemished depiction of life, love and grief then look no further. I thoroughly recommend this read!” —Kimberly Nhundu, Reedsy Book Reviews

This story is a realistic fiction that takes place a generation after the great black migration from the rural south to the industrial north. It is a story about what happened to the aspirations of some that came hoping to find the Promised Land and found hardship and poverty. However, in the generation that followed, the burden of Jim Crow lifted and the opportunity to leave the confines of ghetto life opened in response to the civil rights movement. There are many stories that arise from this racial history; this is just one of them.

Born to a mother who dies during his birth, and raised in a poor black community by a depressive father, David Walton builds a fantasy of who his mother would have been and that dream haunts his life. An exceptional athlete and a troubled high school student going nowhere, David’s after school janitorial job unwittingly prepared him for an unexpected and fascinating life. A life that was only envisioned by a perceptive and erudite engineer who gave him a chance, and by his father’s blind faith.

Testing well above average, the army trains David in military intelligence where he excels and is decorated and promoted. While working at the Pentagon he meets a love interest, Valerie, who bares him two children to whom he is committed. Although never married, Valerie and the children stay in his life even after he leaves the army and is recruited by the CIA. Here he is partnered with the talented and sophisticated Ken Carle who becomes David’s lifetime friend and together they romp through the world of espionage and are lauded for their work. They even stop to smell the roses, and sometimes pluck them.

An undefined yearning drives David out of the CIA and into college where he is seduced by western liberal arts and follows a life of science. He becomes a university professor teaching and doing research in philosophy, psychology and neuroscience. Here he meets and falls unquenchably in love with Ann Hickman on who he projects the fantasies he has of his dead mother and who fits what he thinks he has always wanted. Together David and Ann, who is married with children, fulfill each other and the height of their love unfolds in Paris in May.

Books similiar to Paris in May may be found in the categories below: