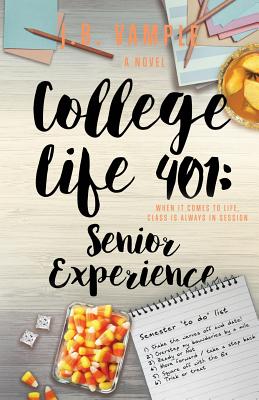 Senior year has finally arrived for many students of Paradise Valley University, and Malajia Simmons, Chasity Parker, Sidra Howard, Emily Harris, and Alexandra Chisolm walk into their final year with much anticipation.

The last thing that Emily expects is to meet someone, but when a handsome prospect catches her attention, Emily toys with the possibility of dating. While she struggles with insecurities, she tries her best to keep them at bay. Yet when a close friend oversteps her boundaries, and Emily discovers a secret about her new friend, the combination may put Emily over the edge. Trying to manage her classes, on top of her job, Alex doesn’t have much time for anything, let alone nonsense. But when an old friend drops some shocking news on her, Alex is pulled right in the middle of it. When a past hurt resurfaces, Alex begins to make decisions that hurt those that she cares about. Alex eventually crosses a line that puts her at odds with the person she least expects.

After everything that Chasity went through last spring, she desperately wants this new semester—the new year—to go on without incident. However, when a blast from her boyfriend’s past shows up and begins to cause tension, Chasity finds herself questioning how to handle the situation, and the future of her relationship. Sidra’s boyfriend is everything that she could dream of. He makes it clear how he feels about her, and she’s certain that she feels the same. That is until an unexpected gesture makes Sidra question whether her feelings for him are strong enough to take her relationship to the next level.

While the start to the senior year seems to be a walk in the park for some, it’s more of an obstacle course for others. Situations arise that make the girls not only question themselves, but those closest to them. They soon realize that as much as they hoped otherwise, their trials are far from over.