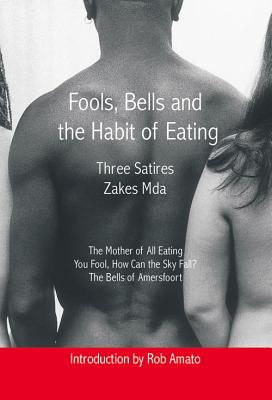 Fools, Bells and the Habit of Eating: Three Satires
by Zakes Mda

Book Description:
Cupidity, corruption and conciliation are the themes of the three plays in this collection: The Mother of all Eating, a one-hander, with its central character a corrupt Lesotho official, is a grinding satire on materialism in which the protagonist gets his come-uppance. You Fool, How Can the Sky Fall? is an unbridled study in grotesquerie, reflecting a belief, traceable throughout Mda’s work, that government by those who inherit a revolution is almost inevitably, in the first decade or two, hijacked by the smart operators. The Bells of Amersfoort, with its graphic portrayal of the isolation imposed by exile, picks up on the themes of the other two plays but adds to them the concept of "healing," both of the soul and of the land.

More books like Fools, Bells and the Habit of Eating: Three Satires may be found by selecting the categories below:

Tell us what do you think about Fools, Bells and the Habit of Eating: Three Satires.