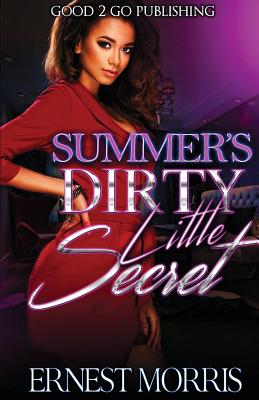 A young woman discovers a deep and dark secret about her family while try to pick up the pieces after the death of her parents; this secret will change her life.

Nathaniel, a notorious kingpin in Delaware finds out about a secret affair between his wife and best friend. In order to get answers from the woman he has trusted all his life, he goes into a violent rage and kills her unintentionally before their daughters, SUMMER and her sister. Big Nate eventually turns the gun on himself due to regret.

Witnessing the bloody murder-suicide of their parents before their young eyes happens to be extremely traumatic to the girls, especially Summer, the elder. Relying on each other for love and comfort, the girls end up in the complicated and unsympathetic Pennsylvania foster care system, hoping perhaps someone would come and rescue them. They have to adjust to a new school, meet new friends and also deal with the tribulations of bullying, sexual harassment and other woes plaguing their life.

While trying several means to escape from their predicaments, Summer discovers a deep and dark hidden secret about their religious GRANDFATHER which eventually changes her perception about her life and family. This secret uproots everything she assumes to be true about her parents, it almost make her into someone she has never thought she would become - a coldblooded, ruthless killer.

Books similiar to Summer’s Dirty Little Secret may be found in the categories below: