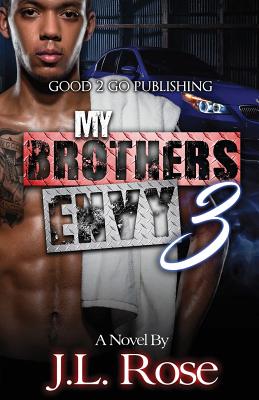 My Brother’s Envy 3: The Reconciliation
by John L. Rose

After finding out the man he swore to murder is his own blood brother he never knew he had, and that Miami’s legendary gangster is actually his father, Boss faces a difficult decision—one he isn’t sure he can make.

Boss is then given an opportunity to expand his business, after his father, Malcolm Warren Sr., asks for his help back in Chicago. Boss finds out that the legendary man needs him, but only as an excuse to get him and his newly found brother apart to keep the peace. After accepting his father’s offer in Chicago, Boss is hit with another shocker with news of his brother, Malcolm Warren Jr., being caught in the middle of an assassination attempt.

While flying back to Miami to find answers, Boss not only finds himself seeking revenge for the attempt on his brother, but he also finds himself doing something with the brother he swore to kill: reconciling.

More books like My Brother’s Envy 3: The Reconciliation may be found by selecting the categories below: