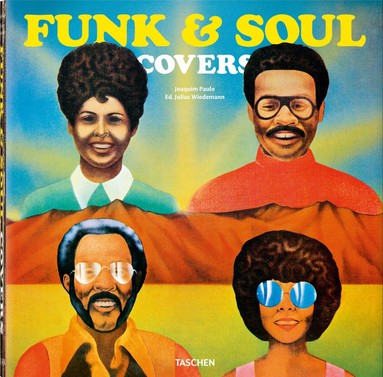 Gathering both classic and rare covers, the collection celebrates each artwork’s ability to capture not only a buyer’s interest, but an entire musical mood. Browse through and discover the brilliant, the bold, the outlandish and the sheer beautiful designs that fans rushed to get their hands on as the likes of Marvin Gaye, James Brown, Curtis Mayfield, Michael Jackson and Prince changed the world with their unique and unforgettable sounds.

Bibliotheca Universalis — Compact cultural companions celebrating the eclectic TASCHEN universe at an unbeatable, democratic price! Since we started our work as cultural archaeologists in 1980, the name TASCHEN has become synonymous with accessible, open-minded publishing. Bibliotheca Universalis brings together nearly 100 of our all-time favorite titles in a neat new format so you can curate your own affordable library of art, anthropology, and aphrodisia. Bookworm’s delight — never bore, always excite!

Text in English, French, and German

Books similiar to Funk & Soul Covers may be found in the categories below: