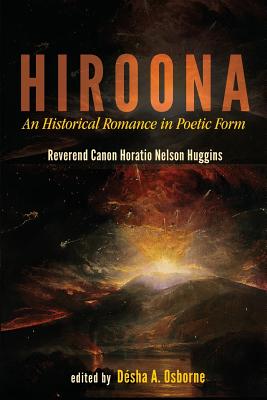 Book Description:With over nine thousand lines of rhyming verse, Hiroona: An Historical Romance in Poetic Form tells the fictionalized story of the "Second Carib War" of 1795-97 between Great Britain and the people then known as the Black Caribs with the aid of France. The poem is the vision of St Vincent-born Anglican priest Horatio Nelson Huggins (1830-95), who blends the official history of the war with local legends collected from those who fought on each side to create an exciting narrative with heroic characters and an almost organic critique of the colonial project in the Caribbean. The Caribs, led by chiefs Duvalle, Chetwaye (based on Chief Joseph Chatoyer) and Chetwaye’s son Warramou, fight to expel the British from the island and regain control. Woven into the narrative is the love triangle of Warramou, Carib princess Ranee and the Scottish soldier Crayton. Huggins’s work offers a meaningful contribution to the evolution of a unique kind of West Indian consciousness at the end of the nineteenth century. Hiroona has until recently remained relatively unknown, and this edition will be the first available since its posthumous publication in 1930. The text includes a historical essay that places Hiroona in various contexts and considers its significance to Caribbean literature.

More books like Hiroona: An Historical Romance in Poetic Form may be found by selecting the categories below:

Tell us what do you think about Hiroona: An Historical Romance in Poetic Form.