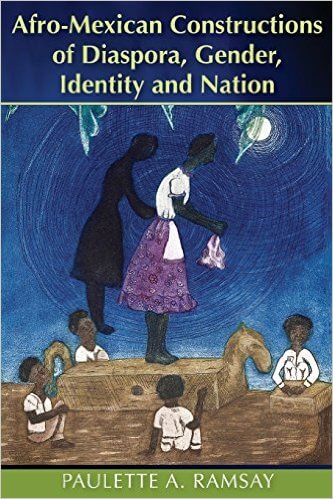 Afro-mexican Constructions of Diaspora, Gender, Identity and Nation
by Paulette A. Ramsay

Book Description:Paulette Ramsay’s study analyses cultural and literary material produced by Afro-Mexicans on the Costa Chica de Guerrero y Oaxaca, Mexico, to undermine and overturn claims of mestizaje or Mexican homogeneity. The interdisciplinary research draws on several theoretical constructs: cultural studies, linguistic anthropology, masculinity studies, gender studies, feminist criticisms, and broad postcolonial and postmodernist theories, especially as they relate to issues of belonging, diaspora, cultural identity, gender, marginalization, subjectivity and nationhood. The author points to the need to bring to an end all attempts at extending the discourse, whether for political or other reasons, that there are no identifiable Afro-descendants in Mexico. The undeniable existence of distinctively black Mexicans and their contributions to Mexican multiculturalism is patently recorded in these pages. The analyses also aid the agenda of locating Afro-Mexican literary and cultural production within a broad Caribbean aesthetics, contributing to the expansion of the Caribbean as a broader cultural and historical space which includes Central and Latin America.

More books like Afro-mexican Constructions of Diaspora, Gender, Identity and Nation may be found by selecting the categories below:

Tell us what do you think about Afro-mexican Constructions of Diaspora, Gender, Identity and Nation.