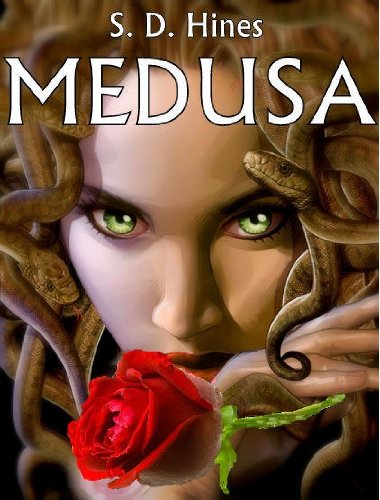 In one of the most compelling tales from classical Greece since Mary Renault's Bull from the Sea and Fire from Heaven, author Scot Hines retells the legend of Medusa in a way that makes her feel like a contemporary millennial girl with very special problems.

Despite a semi-miraculous birth in the temple of Athena, Medusa is nothing more than a devoted priestess of the goddess, distinguished only by her beauty and piety. But after she is raped by the god Poseidon, her entire world is ripped asunder and she flees Poseidon's wrath through ancient Greece and beyond for the inconceivable crime of resistance.

In her wanderings, she encounters dangers and horrors, but also friends in unexpected places. Pursued by Poseidon's fury and his assassins, she is finally cornered in Egypt with only two choices: fight back or be destroyed with all she loves. But her only hope lies with the father of her children, the great love of her life and the man who is prophesized to kill her: Perseus.

As one in Hines' Heroines of Classical Greece series, MEDUSA will leave you longing for more--and you'll want to move immediately to ARIADNE A TALE OF THE MINOTAUR.

It’s intelligent YA with an emphasis on “A.” You'll want to recommend it to your friends--and especially to your daughters.

A committed bibliophile and neurologist Hines lives in Alaska and helps provide health care to some of the most incredible people in the world, the Alaska Natives. When not working, he is planning some wild adventure to the arctic, Patagonia, or the Himalayas. But more than anything, he loves blending tales of history, mythology, and science, and sees nothing incompatible in the mixture.