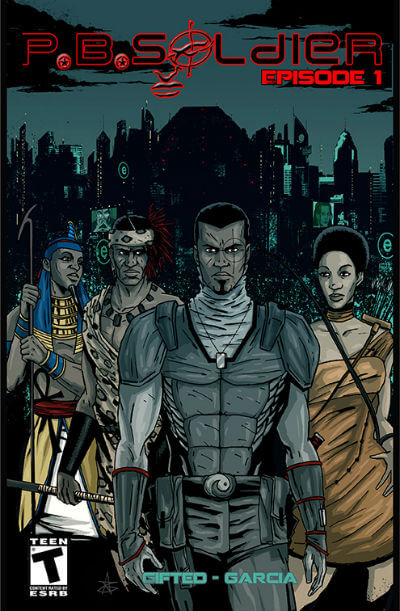 P.B.Soldier (Nat Cummings) goes out on one of his first missions only to find out that his number one target will become one of his greatest allies. If he could only avoid killing her or being killed in the process.

Synopsis: Ten years after the signing of the Patriot Act in 2001, the U.S. government formed alliances with U.K. and China later known as the Establishment (the E) and launched a worldwide campaign against terrorism a/k/a the Terrorist Act of 2011. Every citizen in the world is assigned a Terror Threat Level and these levels are separated by race and class.

The year now is 2020 and P.B.Soldier (the protagonist) is a highly trained assassin that discovers how his past, present has a direct impact on his future. He must devise a plan to dethrone his employer (Mr. Ahmen) the head of the Program (Assassin’s Guild).

Tell us what do you think about P.B.Soldier Episode 1.0: Episode 1.0 “The Awakening”.