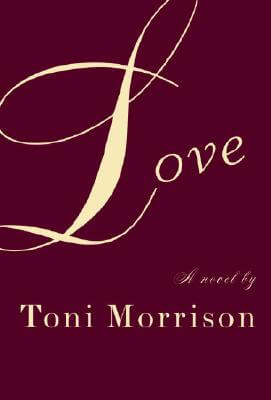 Read a Description of Love

Bill Cosey is the owner and proprietor of an exclusive east coast seaside resort that caters to rich and affluent black folks from the 1930s to the 1960s. Cosey is many things to many people, but to the women in his life, he is the sun around which their lives orbit. L, Cosey's cook, knew him the longest. She also knows everything about the Cosey women, and she's not too happy with any of them. May, Cosey's daughter-in-law, and mother to his only grandchild Christine, shape herself into the perfect daughter and fights to maintain the notch she managed to carve out for herself in his life. Christine spent her life looking for the father love her grandfather was unable to provide. Heed, Cosey's second wife, was Christine's best friend before she married him. Heed has to battle for the respect her position as Bill Cosey's wife commands within the family that resents her very existence. And then there's Junior, a recent female parolee from a juvenile reformatory, whose presence in the household will serve as the catalyst that will either save or destroy the Cosey family. Although each of the women's relationships with Cosey was different, each woman inflicts emotional pain on the others. Over time their war becomes less about their feelings for Bill Cosey and more about the price they paid for needing him.

Love is human drama at its best, an awesome novel that is subtle in its complexities of love: parental, self, romantic and friendship. Alternating its viewpoints among the women characters, Love is an elegant bomb that shook my heart to the core. While it's true that Bill Cosey was the center of the women's world, the novel is more about the interactions between the women.

The Cosey women are mysterious, scary, loveable and timeless. The women are painfully recognizable emotional train wrecks. I was repulsed and fascinated by them. Heed and Christine is true works of art. As Morrison slowly reveals their true relationship, it is evident how fully constructed the characters are. May is a character that frightens me, but I'm probably a heartbreak, an unrequited love, and an unfulfilled wish away from becoming her. L is the compassionate, no nonsense, narrator who threads the stories together, re-constructs the character of Bill Cosey, and makes the book sing.

Love contains all of the Morrison trademarks that I have come to expect: an ending that is open to individual interpretation; a plot containing unexpected turns of events; and poetic sentences that are beautiful to the eye and ear while emotionally devastating. Love is slightly different stylistically, from her last novels Jazz and Paradise. Love has the sensual grace of a smooth jazz saxophone solo and is written in a broken-in, comfortable voice that has the fluidity of golden sunlit honey and adds spiritual depth to the characters and story.

I had a much easier time reading Love than Morrison's other novels. With my thinking cap firmly in place and my reading experiences of Beloved, Jazz and Paradise uppermost in my mind, I began reading Love slowly. I examined every sentence for the slightest nuance, and contemplated every phrase for hidden meanings, determined to committing it all to memory because I just knew that I would have to recall these details to any command of the story. But, I did not have to go through these mental gymnastics with Love. Morrison did not send me through pages of prose acrobatics for which she is famous. It was as if Morrison no longer feels the need to dazzle, intimidate or puzzle me. In my mind I made Love a lot more complicated than it needed to be. Mind you, I still paid close attention, but I read the novel in a relaxed frame of mind, pleasantly surprised that I was able to fully enjoy Love.

With the novel Love, Morrison continues to display humanity in a truthful, creative, intelligent and emotional fashion. I remain thoroughly mesmerized by her brilliance.