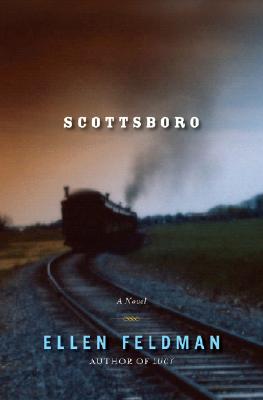 Read a Description of Scottsboro: A Novel

The history book train that I hopped on a few months ago is still rolling strong with no station stop in sight. The ride continues with the novel Scottsboro by Ellen Feldman. Scottsboro is a fictional telling of the very real Scottsboro Boys case. A brief recap: In Alabama, 1931, nine young black men were tried and sentence to death for raping two white women on a freight train as the two women were masquerading as men. The women lied about the rapes. The case would later include the Communist Party, the NAACP, several appeals, US Supreme Court rulings and protests around the world. The legal court cases would go on for years, even after one of the women would recant the lie, before reaching its final conclusion. The novel centers on a young white female reporter who covered the Scottsboro trials for a leftist magazine. Scottsboro is an eye opening, cinematic telling that brings to life one of the most horrific legal ordeals in American history. I loved the novel, not only from a historical perspective but a fictional one as well.

Alice Whittier is a young journalist with aspirations. She writes for a leftist magazine and is beginning to make a name for herself when she comes across the story of nine young black men who is being tried for the rape of two young white, less than virtuous, women. Alice begs and gets the approval from her editor to travel to Alabama to cover the story. Soon after arriving in Scottsboro, Alabama, Alice begins to form a relationship with one of the accusers, Ruby Bates. The novel narrated by Alice and Ruby, mostly Alice, covers the trials, the appeals and blatant injustice that destroyed the lives of nine men simply because of a lie, not even a good lie, but a powerful one rooted in America’s greatest sin’racism.

I remember when I was younger hearing about the Scottsboro Boys. Actually, I faintly recall seeing the NBC TV movie, Judge Horton and The Scottsboro Boys. Before beginning the book, I did not remember a lot of the details of the case or the movie, just the basic facts. What I was able to recall was the rage I felt whenever the thought passed my mind of nine men—and not all of them were men, the youngest being 13 years old’incarcerated and sentence to death over a lie two white women told. To make matters worse the lie wasn't even a believable lie; just the word of two low budget prostitutes was able to get black men killed. I couldn't wrap my young mind around the fact that this was a possibility, not only possibility, but a reality. This had to be an affront against God. I was young. I never forgot about The Scottsboro Boys. One night while I was surfing Amazon.com, I came across Scottsboro. I read the summary and knew I HAD to read the novel. I’m glad I did.

Scottsboro is one hell of a good book! From the opening scene, which Ruby Bates narrates, to the last page, Feldman brings forth a strange, yet painfully familiar, world. The atmosphere, the people, the hopeless of victimization, the stifling heat of injustice; Feldman brought it all to the novel. At the same time, the novel had a cinematic mood. The story unfolded like a 1930s or 1940s black and white Frank Capra movie with the addition of stark reality thrown in.

The novel is Ruby Bates and Alice Whittier’s story, with Alice performing most of the narration. Good thing, because Ruby got on my nerves. Feldman created full three dimensional characters that emerged from the pages breathing air. Keeping with the cinematic aura Feldman created, in my mind-eye Alice quickly became Barbara Stanwyck, the Barbara Stanwyck from the Capra movie Meet John Doe. Alice has all of the same quality of that Barbara Stanwyck character, smart, witty, ambitious, creative, strong, vulnerable, and imperfect. The only difference Alice is real. A strange statement for me to considering Alice is a fictional character. I loved her!

In Feldman’s hand, Ruby Bates was as multi-dimensional, as solidly constructed as Alice. The difference between the two is that Ruby Bates actually existed. I did not care for Ruby as much as Alice because she was directly responsible for destroying those nine lives with no compassion or sense of basic human decency. Ooooo, I wish I could break through the barriers that separated me and the story, reach my right hand back to last Tuesday and bring it back to slap the hell out of Ruby. Due to Feldman’s skills as a writer, I was not disgusted by a character but a real person that walked this earth.

I have to admit that I was a little disappointed at the beginning of the novel when I realized that the focus of the novel was going to be on one of the white accusers and not the nine black men. I was tempted to throw the book aside and pick another one to read. I discovered that I was caught up in the story from Alice perspective. When the nine black men made an appearance, Feldman captured their despair and hopelessness quickly, sparsely and effectively.

The most important aspect of Scottsboro is that Feldman brought the whole historic episode to life. Although Alice is a fictional creation; the Scottsboro case, the men, the two women, the court cases and the final outcome are all true. Anyone reading this novel and not familiar with the Scottsboro case will not only be entertained but educated. In my opinion, there is no better way to teach history. Encasing history inside of an absorbing story is the literary equivalent of a spoonful of sugar helping historical particulars goes down. Feldman struck the perfect balance of history and storytelling. If I had the magic wand to swing around, I would make Scottsboro required reading in high school history classes. I put Scottsboro on the same plateau of historical novel excellence as And Then We Heard Thunder by John O. Killens and Your Blues Ain't Like Mine by Bebe Moore Campbell. Oh yeah, Scottsboro is that good. I highly recommend it.