Book Review: The Fire Of Freedom: Abraham Galloway And The Slaves’ Civil War 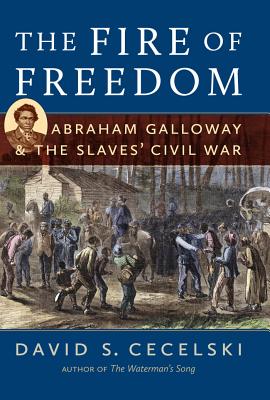 Read a Description of The Fire Of Freedom: Abraham Galloway And The Slaves’ Civil War

“This is the story of Abraham H. Galloway (1837-70), a fiery young slave rebel, radical abolitionist, and Union spy who rose out of bondage to become one of the most significant and stirring black leaders in the United States during the American Civil War. A freedom fighter in what the New Orleans Tribune, the first African-American newspaper published below the Mason-Dixon Line, called “a Second American Revolution,” Galloway burned with an incandescent passion against tyranny and injustice.

His war was not the one that we are accustomed to seeing in history books, however, Galloway’s war had little to do with that of Grant or Lee, Vicksburg or Cold Harbor. It had nothing to do with states’ rights or preserving the Union.

Galloway’s Civil War was a slave insurgency, a war of liberation that was the culmination of generations of perseverance and faith. It was, ultimately, the slaves’ Civil War.”
—Excerpted from the Foreword (pg. xi)

Anybody who’s seen Quentin Tarantino’s movie Django Unchained knows that the incendiary adventure represents a refreshing first step in terms of questioning the enduring stereotype of African-Americans as having been docile during slavery. Though carefully cultivated by both Hollywood and the history books, nothing could be further from the truth than that very demeaning image of black folks generally accepting their lowly lot.

Case in point, Abraham H. Galloway, a runaway who joined the Union during the Civil War before serving as a spy and leading thousands of his brethren out of human bondage. The product of the mating of a slave with an itinerant white sailor who didn’t own her, their biracial baby as an infant became the property of a master only seven years older than himself.

Abraham’s childhood was typical for an African-American boy in the ante bellum South, as he “commonly witnessed slave women beaten, abused, and sexually humiliated in public.” So, it should come as no surprise that, as a young man, he and a friend, Richard Eden, would stowaway on a ship headed for Philly. 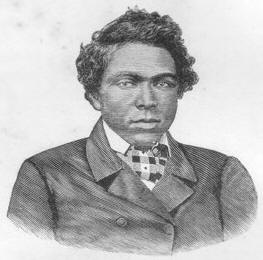 What is amazing, however, is that after successfully finding their freedom, they would secure pistols and venture back below the Mason-Dixon Line to emancipate brothers and sisters they had left behind. And during the Civil War, when the North was in dire need of troops, Galloway personally delivered 4,000 recently-freed ex-slaves across enemy lines to form an all-black regiment eager to fight for the Union against the racist Confederacy.

In the spring of 1864, this unsung hero was welcomed to the White House by President Abraham Lincoln who readily acknowledged the debt of gratitude he was owed by the nation. A riveting portrait of a real-life African-American icon belatedly being given his proper due in the annals of US history.

Read The University of North Carolina Press’s description of The Fire Of Freedom: Abraham Galloway And The Slaves’ Civil War.