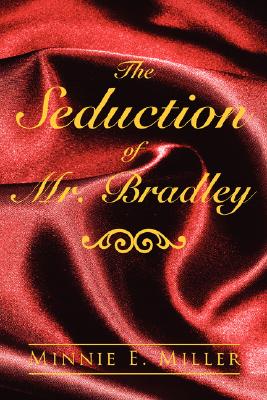 Read a Description of The Seduction of Mr. Bradley

The Seduction of Mr. Bradley by Chicago author Minnie E. Miller tells a very different kind of love story, a love story complicated by preferences.  These particular preferences are not always understood or accepted by society and that is where it gets complicated.

Bill Bradley a bisexual man falls in love with Jina Cook, a straight woman.  Mr. Bradley had no intention of falling for Jina, but he was seduced by her good looks, her sensuality and her honesty and innocence.  He was also drawn in by the simplicity of her love.  Jina had no idea that Bill was bisexual.  He knew that once she found out, that he could lose her forever.  Would Jina trust his love enough to believe that he could change?  Bill was not so sure.

The Seduction of Mr. Bradley is a relationship novel.  The twist is that this work of fiction  explores the complexity of bisexuality from a man's point of view without pages and pages of illicit sex and lust.  The sex scenes in this novel are done tastefully.  Miller was more interested in putting a human face on men who are attracted to both women and other men,.  The author did not sensationalize the subject; but sought, it seemed, to explain who these men are.  These men have been hated, despised and misunderstood while so many men who have been discovered on the ’down low’ have come out of the closet.  Bill Bradley's story is being played out all over this country, in more instances than we know or imagine.  Finally someone tells the story in a way that brings truth and reality to the forefront. It's a story told with compassion.

I found that I could not dislike Mr. Bradley; although I truly disliked his lifestyle.  His character was just like any other African American male who worked hard at getting to the top of his game as a public relations professional. He was kind, gentle and caring.  Bill was good people.  He opened his own PR firm with the help of his older lover and mentor, Ted Grassley whom he was linked with until he met and fell in love with Jina Cook, a client who hired him to promote her book.  Bill's struggle to find the true desires of his heart is explored in this novel.  It is a story that makes you re-think your opinions on alternative lifestyles.

Set in Chicago, the author took great care to detail the setting well.  You could just picture the places that the characters visited, the structure of the buildings, the surroundings in their living spaces and landmark spots in the Windy City.  Miller also gave you secondary characters that you came to like and care about.  Bill's best friend and confidante, Samara and her Aunt Mamie, another one of Bill clients, were well developed characters who added to the storyline.

How Bill and Jina dealt with his differences and how a family secret from her past contributed to Jina's reaction to Bill's sexuality brings the book to an unexpected ending.  I really liked The Seduction of Mr. Bradley and I would recommend this book to those who would enjoy a love story, a love story this is full of  humanity and truth.

Read To Be Determined’s description of The Seduction of Mr. Bradley.