Book Review: A Feast of Peonies 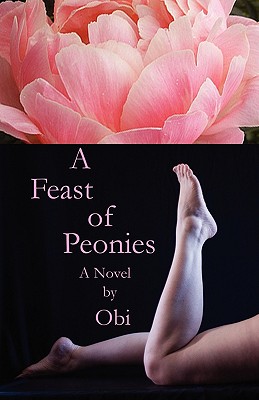 Read a Description of A Feast of Peonies

Within the first four pages of A Feast of Peonies, the 165-page debut novel by Obi; I was both intrigued, and mesmerized. This electrifying novel centers on a man whose whole world is turned upside down. I had very few issues with the book, and they did little to detract from the fast moving, hard hitting thrill I got from reading this novel.

Get this: Ashanti Ra-- wakes up lying in a strange bed after fighting with his white girlfriend, Jean Dobson, and spending the night drinking. And I thought I was the only one who had mornings liked these. As his hangover begins to make its presence known, Ashanti discovers last night's sexual partner is not the woman he thought she was. Ashanti's one-night-stand is really a gay man who goes by the name of Phyllis. (I have never had this type of morning and I hope I never will) It's downhill from there for Ashanti. The components of his once orderly world are suddenly in disarray: his relationship with Jean, his certainty about his sexuality, and painful childhood memories that won't stay in his past. But before Ashanti can deal with the ramifications of his latest sexual encounter, he is soon running from the police for a murder he did not commit.

Between you and me, A Feast of Peonies almost didn't get read. AALBC.com receives so many books for consideration to be reviewed that often I don't know which one to read next. When A Feast of Peonies came in the mail and was sitting on my coffee table; my cousin-in-law Candace--with her nosy self--picked up the book and started reading it. When her husband, my cousin Winky, told her it was time for them to leave, she kept reading the book. Finally I told her to get up and get out of my house, as any good host would have done under the circumstances. She looked at me and said, "Oooh, you have got to read this book. A drunk man wakes up sleeping next to a drag queen." Naturally, I had to peruse a few pages to see for myself. I'm glad I did.

A Feast of Peonies is a fast moving, totally absorbing novel that I could not put down! Author Obi took a few chances with the storyline, which included sex scenes that had me pacing the floor as I read them. Obi stepped out on a limb stylistically as well, using the second person voice for the narrative. For such a small book, A Feast of Peonies packs one hell of a wallop.

One man's confusion is another man's enjoyment, and I enjoyed the devil out of Ashanti's turmoil. Ashanti is a helluva character. Obi made Ashanti multi dimensional by exploring his childhood to show the events that shaped the man Ashanti became. Strangely enough, I did not form an emotional attachment with Ashanti. I didn't even throw a sympathetic notion in his direction. But, I liked watching Ashanti fall into one mess after the other.

As much as I loved A Feast of Peonies, I had a few problems with it. The primary one being that there were certain episodes and characters that could have been fleshed out more. For example, for the last half of the book, Ashanti is on the run from police detectives who want to pin a murder on him that ’ needless to say -- he did not commit. I would have liked to have seen Obi fill out this subplot by letting me in on the lead detective's motive for chasing Ashanti and the steps he took to track him. The lead detective becomes more than a minor character since he is the one Ashanti is running away from. It would have been nice to know more about him.

I did not understand Ashanti's attraction to Jean at all. What drew these two together? What was going through Jean's mind? I want answers to these questions since Jean has a large and intricate role in Ashanti's fate. I am not asking for a lot of elaboration, just a few insightful words.

There is a fine line between knowing too much and not knowing enough. While there were areas in A Feast of Peonies about which I would have liked to have had more information, I did not need to know everything. Obi's stinginess with some of the details enhanced the story. For instance, Obi did not go into why Ashanti was attracted to Phyllis even after he knew Phyllis was a man. I did not mind it. I doubt if Ashanti even knew himself. Obi, wisely, did not try to analyze Ashanti's sexuality. It would have destroyed the poignancy and entertainment value of the book.

The structure of the novel needs minor rearrangement. Each of the subplots received equal billing; therefore, the novel has no one main plot. It would have even been better if Ashanti being on the lam was the stem of the novel, with the storylines featuring Phyllis, Jean, and his childhood past serving as its branches. A Feast of Peonies works, but shifting the spotlight on one specific plot thread would have made an already strong story even stronger.

I still love A Feast of Peonies. The novel is smart, at times sexy, and has depth and multifaceted characters, and yet moves like a house on fire. I am eager to see what Obi has up his sleeve for his next novel.

Read Penknife Press’s description of A Feast of Peonies.