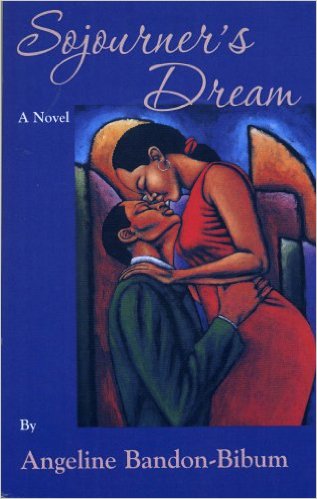 Read a Description of Sojourner’s Dream: A Novel

An Inside Look At The Atrocities of War In Rwanda

I approached the novel, Sojourner's Dream by first time author Angeline Bandon-Bibum expecting a sweet, sweet romance novel that transcended international cultures between an African American woman and an African man. The novel is a love story about the romance between Sojourner Brown, a shy graduate student at Howard University and Joseph Kalissa, a handsome and accomplished international lawyer from Rwanda but that is where my expectations ended.

What I found was a very detailed storyline filled with the horrors and the atrocities of the civil war in Rwanda in 1959 between two ethnic groups; the Hutu and the Tutsi people. It was an incredible read. The author did a marvelous job of researching the conflict in Rwanda while giving us a contemporary romance that was filled with the history of African Americans as well.

Sojourner Ann Brown was a self-professed bookworm from a very dysfunctional New Jersey family on scholarship at Howard University with big dreams of achieving her academic goals. She is a focused and hard working young woman who had always given up the social life for the academics. Running from her past; she settles in an apartment in Washington, D.C after earning her undergraduate degree with her roommate Rose, an aspiring singer of jazz and rhythm and blues. Although she and Rose were as different as day and night; they became fast friends and their differences seemed to complement their friendship.

Sojourner was a full-time graduate student who worked part-time in the large private library of a prestigious law firm in D. C. Joseph Kalisa was a new associate attorney at the firm who had left his native Rwanda as a young student to attend Princeton University where he received his undergraduate degree. He completed law school at Georgetown Law School and after graduation settled in the area to build his career in law. Sojourner met Joseph one day at the law library as she checked out some books for him. She was immediately attracted to this assured and handsome, but reserved African man, totally unaware that he too, was attracted to Sojourner.

Sojourner's personality would only allow her to admire him from afar for a long while until one day she saw him eating lunch on the patio outside of the law firm and she returned his greeting and smile by remarking on the weather. This was the beginning of her interaction with Kalisa. As the love story progressed, the storyline also developed to include the unrest in Joseph's native country. The novel also gave me a really good example of the relationship between Africans here in America and African Americans as the couple began to socialize with his African friends and also with her family in New Jersey.

Sojourner's past caught up with her once she was firmly rooted in a serious relationship with Joseph and she was forced to reveal who she really was. His love for her was more important than her past and where she came from. He admired her strength and was so attracted by her beauty that they soon married and had a child. She was able to come to terms with her family and resolve many of the issues that had originally haunted her.

I really enjoyed this book. It was a more serious read than I expected. The writing was good and the characters interesting. I was enamored with the happenings in the war-torn country when Joseph left his young bride and infant son to return home to fight in the war as a soldier. The ending left room for a sequel which I hope that the author will one day write. A very impressive first effort by this author; I think serious readers will really enjoy this novel.