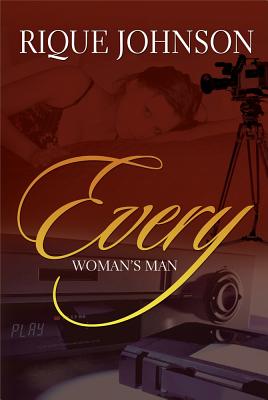 Read a Description of Every Woman’s Man

Yeah, it’s unusual for me to read a book with a title like, Every Woman’s Man, a novel by Rique Johnson. I don't normally go for the sister girl relationship books. Actually, I can't stand them. But, I found myself in an unlikely, highly unusual position of needing something to read. Unfortunately for me, Every Woman’s Man caught my eye. The novel didn't appear that it would take me long to read it, so I started it. The novel which centers on one man’s fear of committing to a relationship and the women, who love him, began as a quick, interesting read. The quick and interesting read soon dissolved into a long agonizing bore.

Devin Alexander has a paralyzing fear of commitment. Devin is a romantic, honest, sexy, attentive lover. He has the ability of becoming the perfect lover for the woman that he is with at that moment. He does not deceive them. At the beginning of each relationship, Devin tells all of the women that he will not be able to commit to any of them. The women accept this’at first. Eventually, the women fall in love with Devin and leave him because he can not say those three little words that each want desperately to hear. With Devin’s last three girlfriends: Gabby Rogue, a student nurse from the ’hood; Maggie McNeil, a rich white woman who’s husband died on top of another woman; and Sophia St. Claire, a private investigator how falls in love with Devin on first sight; Devin will end his life of half baked relationship and finally choose a woman to share his life.

It did not take a lot of reading before I started having issues with Every Woman’s Man. The characters were not developed. The dialogue was mildly poetic, wordy, and totally unrealistic. The story layout did not make a lot of sense. Most importantly, there was no drama’yawl did not hear me’NO DRAMA in this book.

When I began reading the novel, I gave Johnson a plus for creating Devin. Devin did not come across as an arrogant, unlikable player. He was nice, hard working man. There was nothing to dislike about Devin. The ’loveable’ player is not seen in books where the man is leaving tons of heartbroken women in his wake. Devin did not take advantage of any woman, on any level. This is where my admiration of Devin stops. Devin readily admits that he has a problem with commitment but Johnson does not explain why. I do not know what makes Devin tick. I don't know where Devin came from, or why he does the things he does, because Johnson does not take the time to develop Devin as a three dimensional character. Devin is the title character of the novel; Johnson should have taken the time to construct the novel around Devin, the character, and not sex scenes Devin and his girlfriends’ stars in.

The novel’s dialogue is wordy, flowery, and totally unrealistic. Maybe it’s me, maybe there are people out there in the world who talk to each other in sentences that reminds me of boring 18th century novels that I don't know about. But the cherry on the cake of my day was that the characters would talk to each other in this same manner during sex. Come on now. *rolling my eyes* As many orgasms I’ve had, I may have spoken in tongues a time or two, but never a Jane Austen novel.

The story could have unfolded in a manner that made more sense. The novel begins with Sophia St. Claire, stuck in traffic, glancing around, then begin swept up in a mesmerizing gaze of a very handsome man (Devin) in the next car. Sophia is totally enamored. The next chapter, thus, two-third of the novel, is comprised of Devin and his relationships with Maggie and Gabby. By the time I was half way through the book, it hit me that Sophia had totally dropped off the face of the earth. Sophia finally turns up, but I was ticked off by then. What was the point of the first chapter, if Sophia disappears completely for most of the book?

The biggest injustice of Every Woman’s Man is that the book has hardly any drama in it. A novel of this type needs drama like clouds needs the sky. If there’s no drama, what’s the point? This novel is comprised of scenes strung together. Only at the end does Johnson bother to put in a little bit of drama, as if an afterthought. The barely remembered drama, the wordy unrealistic, and the undeveloped characters; Every Woman’s Man falls flat on its face.