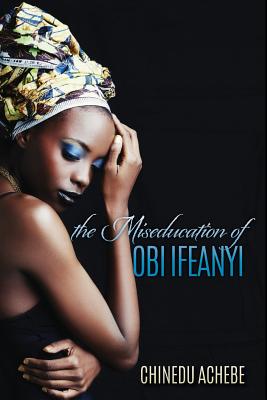 Read a Description of The Miseducation of Obi Ifeanyi

Some of the world’s finest fiction has been written by Nigerians. Let’s look at the writers from that area in the Motherland, who have created a distinctive collection of classic works of imagination and timelessness: Wole Soyinka, Ben Okri, Chinua Achebe, Sefi Atta, Helon Habola, Teju Cole, and the popular Chimamanda Nzogi Adichie. Joining this roster, Nigerian-American Chinedu Achebe, The Miseducation of Obi Ifeanyi, stands tall with its particular brand of cultural irony, sexual intrigue, and political awareness.

During the time of the Obama era, Obi Ifeanyi, a husband and father, raises his glass to the New Year in 2012 after watching the ball drop in Times Square. His wife, Nkechi, thinks he is the usual male in all of his tastes. Their son, Ike, an 18 month-old baby, has a big head like his father, according to his wife. She holds two fond memories of the couples in caps and gowns from Howard Law School and of the heady wedding day. Obi is stunned by how fast life evolves as he transitions from “a single, carefree life to being a husband and father in just a couple of years.”

Achebe weaves his characters and events very well. He is able to explore hidden depths and contradictions with style, revealing their confusing and chaotic complexity. Nkechi, who some say resembles poplar singer Lauryn Hill, wants to jump-start her life and career. She watches Obi’s discomfort with his job of collecting debts from clients for service rendered after closing his uncle’s downtown law office. His wife is completing her Master’s degree in Public Policy from the University of Houston.

The author provides a spotlight on society’s double standard when viewing men and women. He showcases the cultural differences in both Nigerian and American life, even as his father tells him that his wife would have soared to success rather than getting married and having children. “Men just don’t have to make those same type of sacrifices that women have to make to have the life that they want,” Achebe writes.

His innate sense of word and deed for the characters, bound by their cultural and marital vows, shows people committed to an ideal and a future that will dramatically shape them. Marriage and commitment are tough. Obi understands the high moral bar of their collective trust. When his wife abandons the notion of practicing law, her husband brings up another child, but she doesn’t answer. Later, he finds out she is taking birth control pills. In fact, she even welcomes adoption.

When a relationship starts to unravel, little things begin to drive partners apart. Obi dislikes his wife’s fondness for the fake reality show, Real Housewives of Atlanta, and Nkechi blasts him for watching sports, grown men playing a kids’ game. Later, they go to bed and she requests he uses a condom. No mistakes. Sometimes life tempts a tormented soul. Enter Tamika, an old flame on simmer. Digital messages come in a blitz. One invites Obi with a seduction, her nude in a black bra and panties.

Moreover, Nkechi has a new job as press secretary for Sade Olufemi, the former president of Houston Young Black Lawyer’s Association, in a political run. Obi knows Sade from back in the day. He recognizes her as “a very ambitious and driven woman.” They were lovers. Sometimes Obi thinks: why should a man be limited to loving one woman for the rest of his life, although he loves his wife. There is bold talk about polygamy. The women talk about men having families in the /states and another wife or mistress back in Nigeria.

Ah yes, Nigeria! Obi has a great love for his homeland, so he pens a post on Facebook to hail its independence day: “Nigeria is a fine ass woman that got a lot of issues. You have every intention of leaving her, but she got that thing that keeps you coming back for more. Even though her potential is great, she will disappoint you most of the time. But by the time you realize it, you are in too deep and your love for her is too strong. At the end of the day, we are all married to this idea called Nigeria.”

In the text, Achebe becomes a fortune-teller in 2012, when he sizes up the political atmosphere. “I like Hillary, but I feel that 2008 was her time. She could probably run again 2016 and win the Democratic nomination and presidency, but it depends on the mood of the country. Hell, Donald Trump might run and become president.”

It’s difficult to describe the cautious, stripped-down narrative of the novel that embraces the heart. Secrets threaten the future of Obi’s marriage and his tightly-knit community. Sade holds some of the cards with her past romance with Obi. His father is rushed to a family hospital with chest pains. Then there are ugly family rumors and gossip which cloud the upcoming marriage of his best friend from law school. Like Nigeria’s Nobel laureate Wole Soyinka, Achebe has the eye of a painter and the ear of an actor that bolsters drama. His novel is in the moment and right on time. It is very life-affirming: adult and wise scenes of marriage and family of the ‘Other’ Americans.

Read CreateSpace’s description of The Miseducation of Obi Ifeanyi.