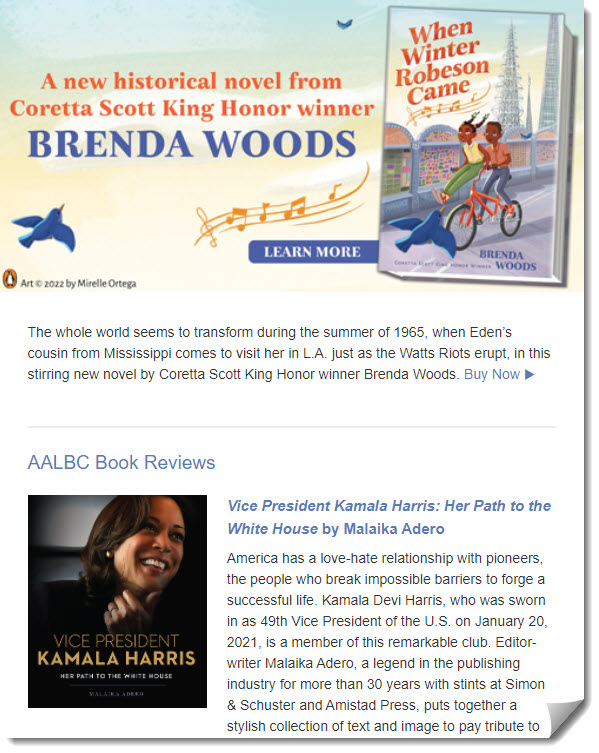 AALBC.com’s eNewsletter is published approximately 52 times a year and has been published continuously since 1998.  It is an excellent source for information on books written by or about to people of African descent.

You will also find tons of excellent book recomendation, reviews, book events, related articles, and a variety of resources for readers and writers.

One thing our eNewsletter does not include is a lot of advertising.  Other than a single eNewsletter sponsor, our newsletter is supported by your $17.99 annual subscription.  Your support is appreciated and needed to continue to help you discover the books you are most likjely to enjoy.

AALBC Newsletters, Emailed June 2019 to the Present, May be Found Here ▶

AALBC Newsletters, Emailed Prior to June 2019 May be Found Below 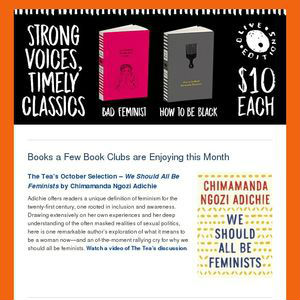 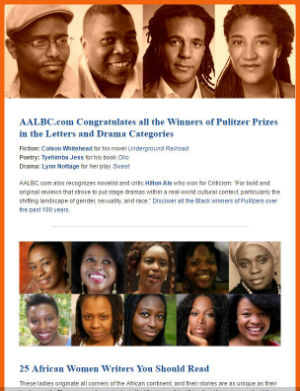 The (two most popular items in the eNewsletter)

January 29th 2015
(AALBC.com’s Best-Selling Books for all of 2014) & (The Power List of Best-selling Books read by Arican Americans) 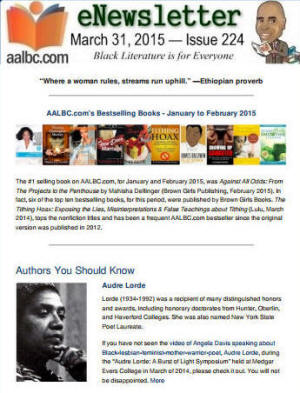 December 18th 2013
(eNewsletter Sponsor Pamela Samuels Young) & (Looking for a Book for the Man in Your Life?) 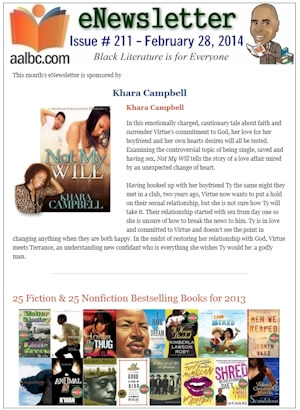 October 8th 2012
(Clicks were not tracked in this eNewsletter) 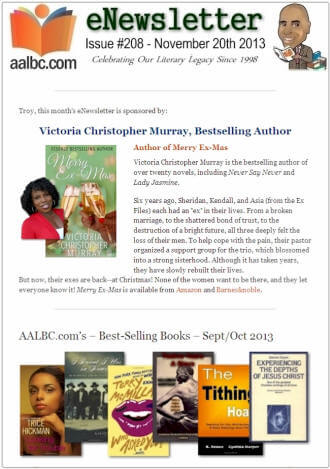 December 20th 2011
(Troy Johnson Thanks YOU! & What happened to the Best Black Literary Magazines)

& Clinton as VP Would Be a Disaster for Obama)

October 2nd 2007
(If I Did It: Confessions of the Killer Book Review  & African American Literary Awards Show)

Earlier issues of the AALBC.com eNewsletter are, unfortunately, unavailable.