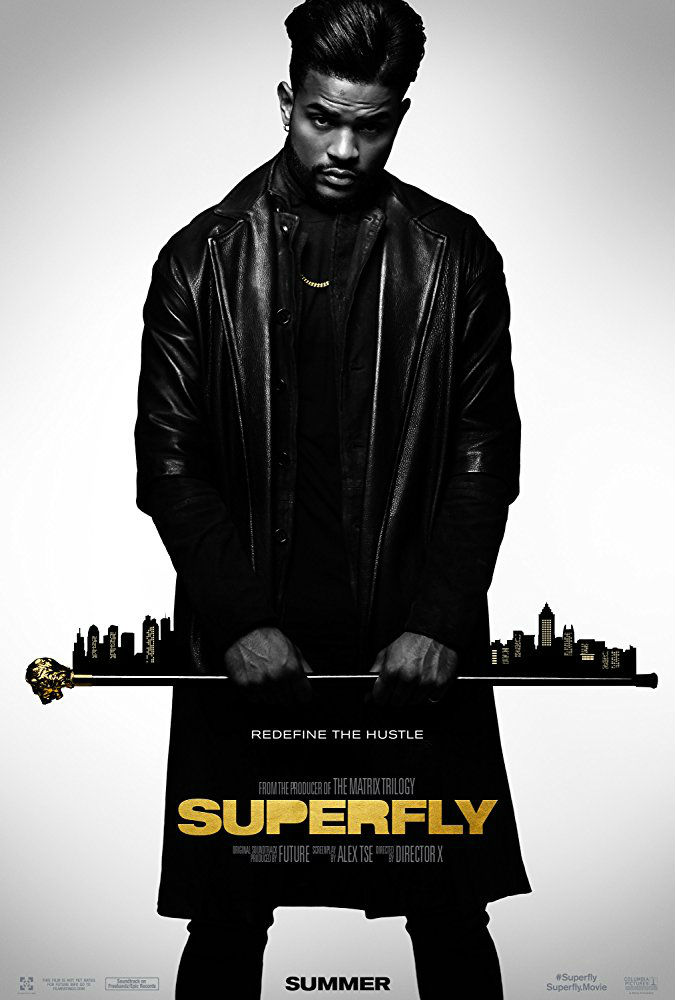 Super Fly (1972) was one of the most profitable of the Blaxploitation Era flicks. Released during the genre’s heyday, the picture revolved around its iconic title character, Youngblood Priest, a flamboyant cocaine dealer who dressed like a pimp, drove flashy cars and sampled his wares from a spoon shaped like a cross draped around his neck.

Overcoming a modest budget of just a half-million dollars, the film’s phenomenal box-office success led to a couple of sequels, Super Fly T.N.T. (1973) and The Return of Superfly (1990). Nevertheless, the franchise is probably best remembered for the original’s soundtrack by Curtis Mayfield which enjoyed a long run at #1 atop Billboard’s Top 100 chart. 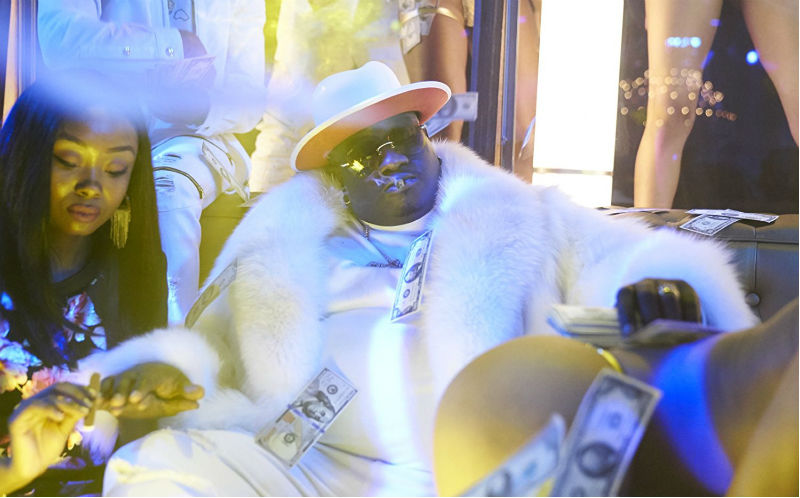 Given its woeful production values, Super Fly is a movie almost begging to be remade. And 2.0 represents an upgrade which does not disappoint in that regard. As overhauled by Julien Christian Lutz (aka Director X), the highly-stylized production bears a greater resemblance to McG’s frenetically-paced Charlie’s Angels (2000) and Baz Luhrmann’s decidedly-decadent interpretation of The Great Gatsby (2013) than to any blaxploits made back in the Seventies.

The setting has been shifted to Atlanta, but the basic plotline is otherwise faithful to the source material. The blow-by-blow is narrated by the picture’s protagonist, played with perfect aplomb by Trevor Jackson (of TV’s Grown-ish).

At the point of departure, a beleaguered Priest informs us via voice-over that he’s been selling drugs on the street since the age of 11. He now sits atop a gang caught up in an escalating bloody turf war marked by drive-by shootings with a flashy posse called the Snow Patrol.

Understandably, Priest wants out of the game, but first he has to do a bigger deal than he’s ever attempted before. That involves going over the head of his supplier Scatter (Michael Kenneth Williams) and securing a huge shipment of narcotics directly from the South American cartel kingpin, Adalberto Gonzales (Esai Morales). 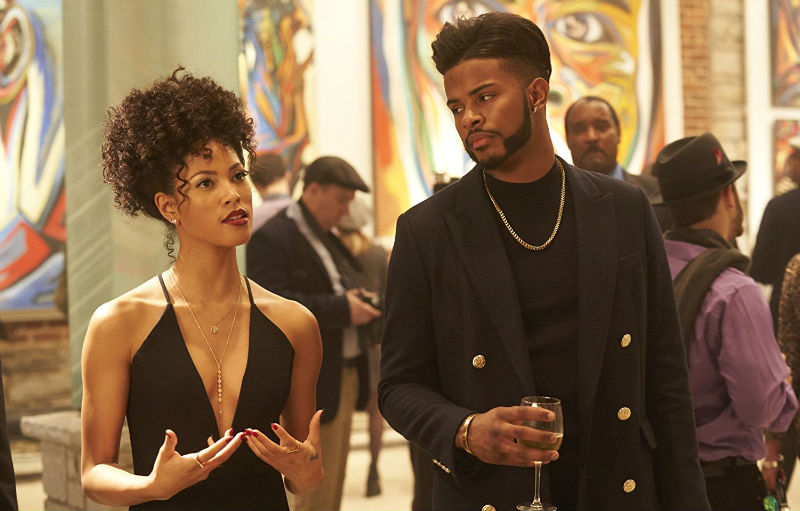 Somehow Lutz, a veteran director of music videos, manages to manipulate the audience into rooting for the sort of unsavory characters you’d cross the street to avoid in real life. Listen, the cinema has a long history of championing ruthless lawbreakers like Bonnie and Clyde, the Godfather and more recently, the Ocean’s 8 crew.

The upshot: this incarnation of Superfly proves to be a riveting, slick and pulse-pounding reboot that easily blows away the original!