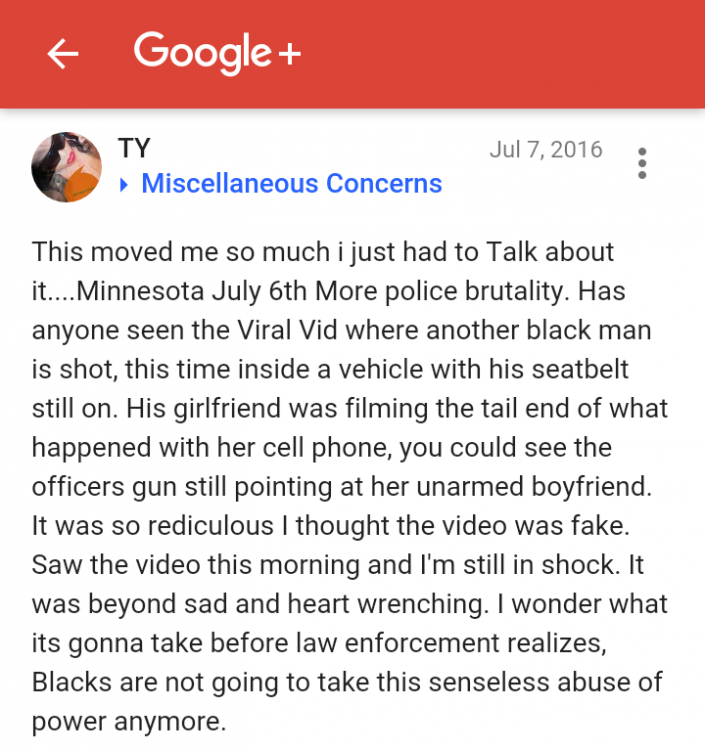 This past Tuesday will be 355 days since Philando Castile was killed. To this day, after watching that video; I'm still in shock. Why this case is still going on is beyond me. The Philando Castile case has always stuck with me because with Social Media (which I have a love/hate relationship with, however deemed necessary) we wouldn't have been able to witness for ourselves the senseless killings of Black men that happens everyday. What were normally left with is the aftermath of what the News has edited and cut for the public to see. It was raw uncut, in your face, and beyond gut wrenching to watch this woman carry on in shock as her significant other laid dieing in the passenger seat, with an officers gun still pointing at him. What made matters worse was that her baby daughter was there to witness that madness. I read in an article, that after Castile was shot, her daughter was trying to console her. I'm asking why did this have to happen? Why was another Black life senselessly taken. In front of a child no less.

It was like finally, FaceBook utilized in way that it should be intended for. To inform and unfortunately to brutally educate those who are to in the clouds to consider that this could happen. If this caused people to tear themselves away from taking Food pics, posting Twerk videos. Even just for a minute. Maybe it will make some kind of change within us. When something as inhumane as that happens. One begins to question humanity as a whole. I'm angry and I'm beyond frustrated that this could happen. That this did happen. I will continue to write my anger away. Mind over matter. Focusing negative into something positive.

Hopefully we don't ever have to see another sacrifice in order to get a point across.

My Heart goes out to his family and everyone involved.

To see all my postings check me out @ TY on Blogger

There are no comments to display.