The Music Moguls Who Bled Millions from a Black Legend
by Reclamation Project
Published: Monday, March 27, 2017 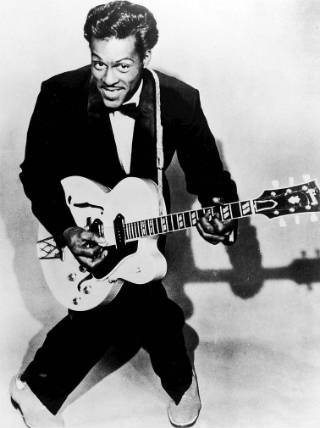 The recent death of the great Rock & Roll pioneer Chuck Berry at 90 years of age, and the “love” being showered upon him, offers us the opportunity to really understand the life and legacy of a music legend. As an artist in the 1950s, Chuck Berry was one of many brilliant Black guitarists playing an electrified urban blues style, a fraternity that included such greats as B.B. King, Elmore James, Muddy Waters, and Buddy Guy. But Berry infused enough of the country twang into his style to “cross over” to the much larger and more lucrative white market. The power of his signature guitar riffs ushered many of his white imitators into superstardom. Berry was pop music’s most influential sound and the very first inductee into the Rock & Roll Hall of Fame. Forget Elvis, forget the Beatles, forget Bob Dylan, forget the Rolling Stones—Chuck Berry is the King of Rock & Roll.

Though his music legacy is well established, far less known is Chuck Berry’s long and bloody battles with the cutthroats, exploiters, leeches, and piranha that infested the top rocker’s financial career. Seems that the big names now “paying homage” to a musical mentor were not just imitators—they were thieves. The Beach Boys were legally forced to give Berry a writing credit for their mega-hit Rockin USA, when it was shown to be a direct larceny from Berry’s Sweet Little Sixteen. The Beatles played Berry’s Roll Over Beethoven as their very first song of their very first American tour. Berry had to sue them for lifting the iconic Come Together from his song You Can’t Catch Me. Keith Richards of the Rolling Stones made the larcenous brag, “I lifted every lick [guitar riff] he ever played.”

The Honorable Minister Louis Farrakhan, himself a master musician and playwright, spoke harshly of this underworld that our entertainers must traverse if they wish to gain the fame and fortune they worked so hard to achieve. Here, The Minister serves up a word of warning:

Though the Anti-Defamation League (ADL) has showcased The Minister’s words as though they are manifestly untrue and “anti-Semitic,” Chuck Berry is the veritable poster boy for the reality that The Minister describes.

The pillaging of Chuck Berry’s talent began on his first foray into the music world, when he was lured into the orbit of the notorious Chess brothers of Chicago. Brothers Lejzor and Fiszel Czyz were the sons of Jewish immigrants from Poland. As so many Jews have done, they Anglicized their names, rechristening themselves Leonard and Philip Chess. They became liquor store and saloon owners in Chicago’s South Side, catering exclusively to Blacks, many of whom had made the trek from the South during the Great Migration. Between 1940 and 1960, the Black population in the city grew from 278,000 to 813,000. And many of these refugees brought with them a love for the Blues, a uniquely Black musical art form with roots in the deep plantation South. Leonard and Philip recognized the demand for that cultural genius and set up a recording studio to usurp its market potential.

Chuck Berry heard of Chess studios and in 1955 he signed a contract with them to make his first record Maybellene. The record hit big and Berry went on a national concert tour. Berry chronicled a series of financially questionable incidents in his 1987 memoir, Chuck Berry: The Autobiography (1987): 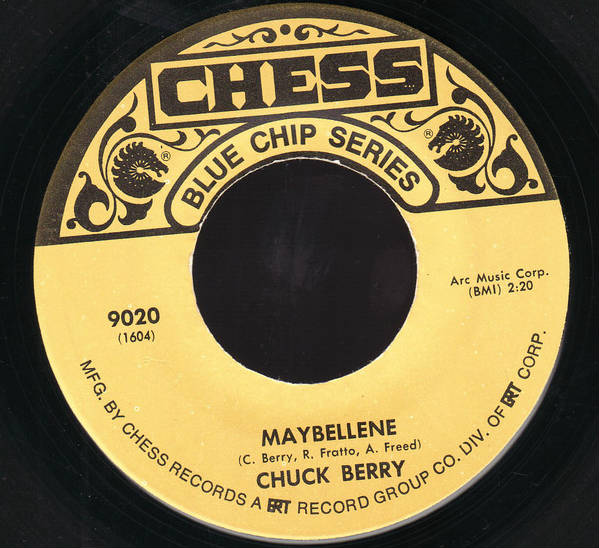 Chuck Berry lamented that his youthful enthusiasm and his hopes and dreams of becoming a recording artist caused him to enter into regrettable contracts with gangsters—all of whom “happen” to be Jewish—despite the clear guidance from both his parents. His father, a contractor, warned his son: “One must read and comprehend all obligations.” His mother’s advice was succinct and pointed: “Don’t let the same dog bite you twice.”

Berry, a very well-educated man, had all the musical talent, but he had to get costly on-the-job training to understand the intricacies of recording contracts and music publishing, royalties and percentages, copyrighting, recoupables, and service fees, and the ins and outs of doing business with booking agents, lawyers, and road managers. It begs the question, How could two Jewish saloon owners and liquor dealers, whose parents had so recently arrived from Poland, have obtained such a vast knowledge of the music business and the benefits of a national network of operatives at their disposal to then so smoothly and completely rip off so many Black artists?

Minister Farrakhan said that “he poses as your friend” in order to get access to your genius. One writer discussing the Chess legacy observed that the brothers had even adopted the Black man’s ways. The Chess brothers were “influenced by the jargon used by their performers, using black slang - often profane - in their business dealings…[T]he brothers’ speech was a mixture of heavy Chicago accent, with a hint of Yiddish and a lot of black expressions.”

And it gets even friendlier. Berry wrote of “a certain Jewish girl” who “suddenly showed up” at his concerts in deep dark Mississippi without a care about the racial codes of the 1957 American South. “She popped up in the most weird places,” Berry wrote, and exhibited an alluring behavior that he described as “too bizarre.” One might easily speculate that the “certain Jewish girl” was another of the Chess-assigned “managers” hoping to use her wiles to siphon even more of Chuck Berry’s wealth. Mossad has certainly found that tactic to be extremely effective.

The Chess brothers parlayed their ill-gotten gains into absolute control over the Chicago music scene and legacy. In 1963, they bought the radio station WHFC, which they renamed WVON—VON stood for “voice of the negro,” and it became a successful R&B station. Imagine that: two Jewish gangsters claiming to be the Voice of the Negro!

A Jewish writer acknowledged that the Chess operation could be compared to sharecropping, and ultimately it began to collapse around them. Chess was sued for underpayment of royalties by the great Howlin’ Wolf (Chester Burnett) in 1974, and again in 1976 by blues artists Willie Dixon and Muddy Waters (McKinley Morganfield). Howlin’ Wolf’s claim for $2.5m was settled after his death. Dixon and Waters used their award to start their own label.

Can Farrakhan be more exact? Let’s look at his words again, as recorded by the ADL:

“I’m here to tell you no Black man or woman becomes a multi-millionaire without friendship in the Jewish community. Did you know that nearly all prominent Negro actors and musicians have or had Jewish sponsors and managers? They have a way of attaching themselves to your gifts, but you get nothing. They get it all.”

If anything, Chuck Berry was a fast learner. He was ultimately able to free himself from the clutches of those Jews he referred to as “swindlers.” At his recent passing Berry’s estate is said to be worth $50 million, and that includes publishing rights to most of his 200 songs, and royalties that could amount to $500,000 per year. He also invested in real estate all over the country. The irony is that his music made a talentless gaggle of schemers much, much more. The Chess brothers contributed to Jewish institutions and causes, which gladly turned a blind eye to the Chess brothers’ “fundraising” methods. In his thoughtful and analytical 1987 autobiography, Chuck Berry went back to his St. Louis church roots in discussing the Chess brothers’ pillaging of his wealth and his talent: “Woe be unto him whose wrongs are revealed.”