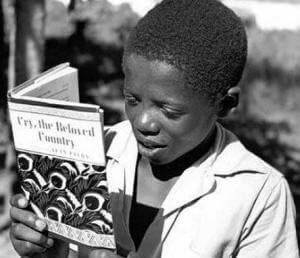 Frequent AALBC.com visitors may already know I consider search results biased toward large corporate sites the main culprit in reducing the traffic going to independent book websites.  However, as I look deeper it is becoming apparent that coporate control of the world wide web, while  problematic, does not provide a complete explanation for the apparent waning demand for African American books.

Indeed, downward pressure on book sales is not just apparent online.  Lower demand is hurting physical book stores as well.  The failure of Borders and the dramatic number independent Black owned closing, over the last several years can not be explained by biased search results alone.

In an environment where there is so much financial pressure on most Americans, it would not be too surprising to find people simply can not afford the luxury of shelling out more than $30 for a hardcover book from their local bookstore.  Of course when America begins to notices the first signs of a sore throat, the Black community has already been laid up for week with the flu.  It is also very possible our suffering economy is a more significant factor contributing the lower demand for books.

The chickens of our failing educational systen may also be coming home to roost.  Decades of inadequate public education may also be reducing our ability and desire to participate in the activity of enjoying a good book.

Even the explosion of eBooks sold over the last few years (which may have leveled off, as a percentage of physical book sales), or downloaded, is misleading, because so many eBook are free, or nearly free.  People may be willing to download a 99 cent eBooks on whim and never actually read it.

Over time I will compile and collect data in an attempt to provide more definitive answers to these questions.  Please contribute your comments or any suggestions you might have in the comments section below or feel free to email me at troy@aalbc.com  [last update, 6 February 2015] 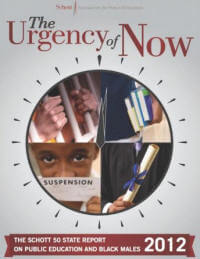 The Urgency of Now: The Schott Foundation’s 50 State Report on Public Education and Black Males

For nearly a decade, the Schott Foundation for Public Education has published data on the outcomes for Black males in public education.During that period, there has definitely been an increased awareness of the issues and opportunities confronting Black males. There have been more national, state and local commissions formed, philanthropic dollars invested,programs developed and documentaries produced all of which we view as worthy investments.Without these, it is very unlikely that any progress would have been made over the past decade. 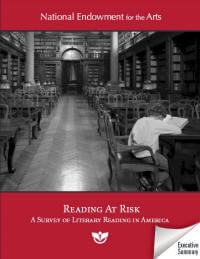 Reading at Risk is not a report that the National Endowment for the Arts is happy to issue. This comprehensive survey of American literary reading presents a detailed assessment for the decline of reading’s role in the nation’s culture. For the first time in modern history, less than half the adult population now reads literature. Anyone who loves literature or values the cultural, intellectual, and political importance of active and engaged literacy in American society will respond to this report with grave concern.

Reading at Risk is not a collection of anecdotes, theories, or opinions. It is a descriptive survey of national trends in adult literary reading covering most major demographic groups— providing statistical measurements by age, gender, education, income, region, race, and ethnicity. The report can be summarized in a single sentence: literary reading in America is not only declining among all groups, but the rate of decline has accelerated, especially among the young.

Reading a book requires a degree of active attention and engagement. Indeed, reading itself is a progressive skill that depends on years of education and practice. By contrast, most electronic media such as television, recordings, and radio make fewer demands on their audiences, and often require no more than passive participation. Even interactive electronic media, such as video games and the Internet, foster shorter attention spans and accelerated gratification. To lose such intellectual capabilities—and the many sorts of human continuity it allows—would constitute a vast cultural impoverishment.

More than reading is at stake. As this report demonstrates, readers play a more active and involved role in their communities. The decline in reading, therefore, parallels a larger retreat from participation in civic and cultural life.

What is to be done? There is surely no single solution to the present dilemma, just as there is no single cause. Each concerned group—writers, teachers, publishers, journalists, librarians, and legislators—will legitimately view the situation from a different perspective, and each will offer its own recommendations. The important thing now is to understand that America can no longer take active and engaged literacy for granted.
—Dana Gioia, Chairman,  National Endowment for the Arts


The number queries on Google on African American Books, Literature and Authors Since 2004

In 2007 the NEA issued a follow up to 2004 Report Remarkable Decline in U.S. Continues 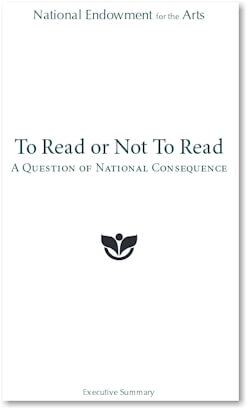 To Read or Not To Read: A Question of National Consequence
“How does one summarize this disturbing story? As Americans, especially younger Americans, read less, they read less well. Because they read less well, they have lower levels of academic achievement. (ie shameful fact that nearly one-third of Ameri-can teenagersdrop out of school is deeply connected to declining literacy and reading comprehension.) With lower levels of reading and writing ability, people do less well in the job market. Poor reading skills correlate heavily with lack of employment, lower wages, and fewer opportunities for advancement. Significantly worse reading skills are found among prisoners than in the general adult population. And deficient readers are less likely to become active in civic and cultural life, most notably in vol-unteerism and voting.”
—Dana Gioia, Chairman,  National Endowment for the Arts

NPR - Interviews Dana Gioia, Chairman of the NEA
Fewer and fewer Americans are reading for pleasure. That’s the conclusion of a study released today by the National Endowment for the Arts. It tracks a decline among Americans of all ages. Here are a couple of the most striking statistics. On average, Americans spend two hours a day watching television and seven minutes reading. And only one-third of 13-year-olds are daily readers. The study argues that this decline has serious consequences for the nation, as NPR’s Lynn Neary reports: 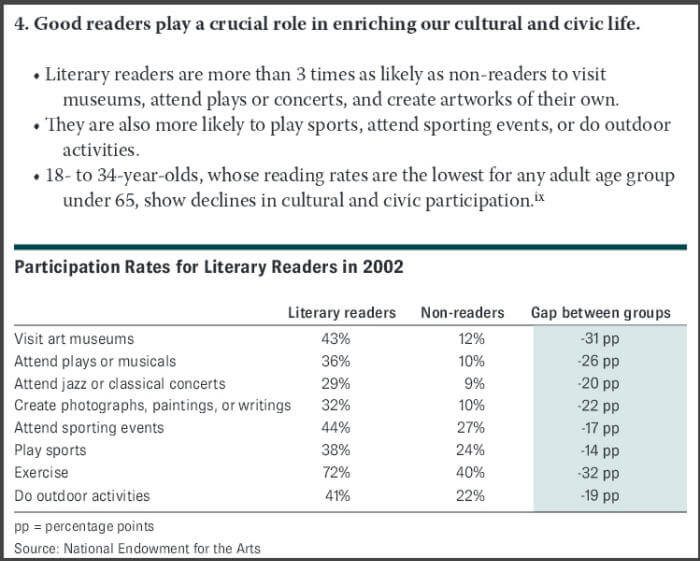 The newest study by the National Endowment for the Arts (published September 2013) on how much American adults participate with the arts found that general book reading in 2012 was even with levels in 2008, but that reading literature (defined as novels, short stories, plays and poetry) had declined. 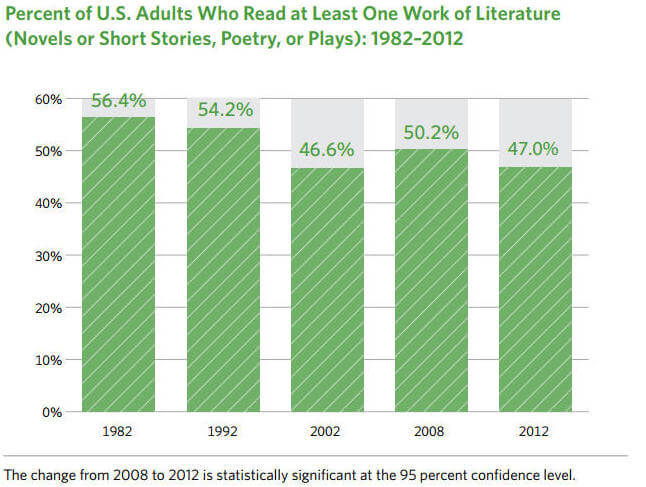 How a Nation Engages with Art (September 2013)
The newest study by the National Endowment for the Arts on how much American adults participate with the arts found that general book reading in 2012 was even with levels in 2008, but that reading literature (defined as novels, short stories, plays and poetry) had declined.

Read on the Rise (Jaunary 2009)
For the first time in over a quarter-century, our survey shows that literary reading has risen among adult Americans.

To Read or Not To Read: A Question of National Consequence (November 2007)
Gathers and collates the best national data available to provide a reliable and comprehensive overview of American reading today. While it incorporates some statistics from the National Endowment for the Arts’ 2004 report, Reading at Risk, this new study contains vastly more data from numerous sources.

In a Faded Literary Capital, Efforts at a Revival
In a city long famous as a big market for Arabic writers, there is growing worry that the collapse of book culture is a direct mirror of Sudan&rsquo;s overall decline.

Dana Gioia
Gioia is an internationally acclaimed and award-winning poet. Former Chairman of the National Endowment for the Arts, Gioia is a native Californian of Italian and Mexican descent. He received a B.A. and a M.B.A. from Stanford University and an M.A. in Comparative Literature from Harvard University.