Elayne Fluker is a writer, editor, producer, and media entrepreneur who has worked as a journalist for more than twenty years at some of the industry’s most esteemed outlets. She has served as an editorial executive at media powerhouses such as Condé Nast, Huffington Post, Essence, Martha Stewart Living, VIBE, and Latina. As an expert in media, pop culture, entrepreneurship, and women’s empowerment, Fluker has been a featured guest in front of millions on national shows and networks, such as TODAY, Nightline, Headline News, Inside Edition, CNN, VH1, CBS, BET, FOX, and Sirius XM Radio. And she has spoken at events for the United Nations, LinkedIn, Columbia, NYU, Spelman College, Howard University, the Women’s President’s Organization, the Essence Festival and more.

In 2012, she founded Chic Rebellion Media, a multimedia agency that creates digital, podcast, video, television, and social content to empower women to share their stories and build their brands. On July 4, 2016, Fluker launched a popular and inspirational five-day-a-week podcast, Support is Sexy, which has more than 800,000 downloads and reaches listeners in 130 countries. On the podcast, she has interviewed more than 500 inspiring women entrepreneurs, leaders, and creatives around the world about their entrepreneurial journeys, the true stories of the good, bad, and messy moments in between, and the importance of support in their lives. 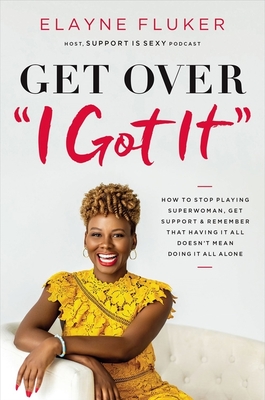