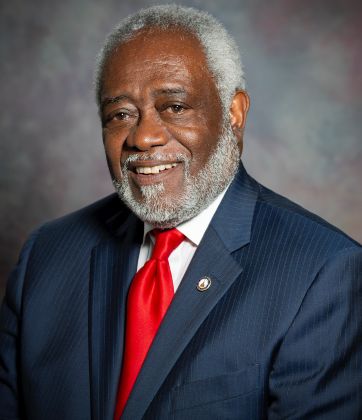 At different times in his life, Floyd L. Griffin Jr. has been a cadet, Vietnam helicopter pilot, army colonel, football coach, professor, businessman, state senator, mayor, and author. Throughout his life of change and challenges, Floyd Griffin has always been dedicated to public service.

Griffin is former co-owner of Slater’s Funeral Home Inc. in Milledgeville, Georgia. He served on the board of trustees of his alma mater Tuskegee University in Tuskegee, Alabama. He currently serves on the board of visitors at Georgia College and State University in Milledgeville, Georgia. Griffin was inducted into the Winston-Salem State University Clarence E. “Big House” Gaines Athletic Hall of Fame and Tuskegee University’s ROTC Hall of Fame. His oral history video is included as a permanent record of the HistoryMakers Collection at the Library of Congress. The Floyd L. Griffin Jr. papers are held by the Ina Dillard Russell Library Special Collections at Georgia College and State University.

In 1994, Griffin did what political experts said was impossible. He literally stormed into the political scene and defeated an incumbent Georgia state senator. The victory made Griffin the first African American in modern times to be elected in a rural legislative district containing a majority of white voters. In 2000, Griffin continued to do what political experts said was impossible by becoming the first African American mayor of the Old Capitol City of Milledgeville, Georgia.

The honorable Floyd Griffin served as senator of Georgia’s Twenty-Fifth District for two terms. In the Georgia Senate, Griffin was chairman of the Interstate Cooperation Committee and served on the Defense and Veteran’s Affairs, Health and Human Services, Higher Education, Local and State Government Operations, and the powerful Rules Committees. In 1998, Griffin was candidate for lieutenant governor of Georgia. His candidacy for lieutenant governor made him the first African American to run for that office in the twentieth century. Griffin was elected mayor of the city of Milledgeville for the term 2002–2006. He was the sixty-seventh mayor to serve. In 2009, Griffin published his autobiography, Legacy to Legend: Winners Make It Happen.

In 1967, he entered the United States Army. In Vietnam, Griffin served as a helicopter pilot, instructor pilot, aviation platoon leader, and commander of a construction engineer company. After combat service, he commanded an engineer battalion under General Norman Schwarzkopf and was later promoted to the rank of colonel and then served on the army staff at the Pentagon.

Floyd Griffin has also worked as an educator. At Wake Forest University, he served as an assistant professor of military science. He was the director of ROTC at Winston-Salem State University, where he coached the football team’s backfield as they won two conservative college championships. Griffin has served as a part-time instructor at the Georgia College and State University School of Business.

Griffin holds a bachelor of science in building construction degree from Tuskegee University and Masters of Science in contract and procurement management degree from Florida Institute of Technology. Griffin holds an associate of science in funeral service degree from Gupton-Jones College. He is a graduate of the Army Command and General Staff College and the National War College.

After twenty-three years of service in the United States Army, Griffin returned to his hometown of Milledgeville, Georgia.

Griffin is a member of a number of organizations, which include Sigma Pi Phi, the American Legion, Prince Hall of Free and Accepted Masons, Nations War College Association, a life member of the Omega Psi Phi, and 100 Black Men Organization of Milledgeville and Baldwin County. He has served as a member of the board of trustees of several community organizations, to include Georgia College and State University Foundation’s Board of Trustees, Georgia Military College Board of Trustees, the National Conference of Black Mayors’ Board of Directors, and as the president of the Georgia Conference of Black Mayors. In 2002, he was presented the James Wimberly Racial Barrier Breaker Award for the extraordinary achievement of being the first African American mayor of Milledgeville, Georgia. Griffin was also chosen and saluted as one of the 2002 recipients of the National History Makers in Chicago, Illinois. He also served on the Board of Directors of the National Center for Missing and Exploited Children in Alexandria, Virginia.

Griffin is a Milledgeville native and is married to the former Nathalie Huffman, also a Tuskegee graduate. They have two sons, also Tuskegee University graduates, and four grandsons. 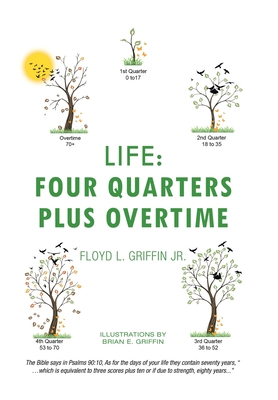 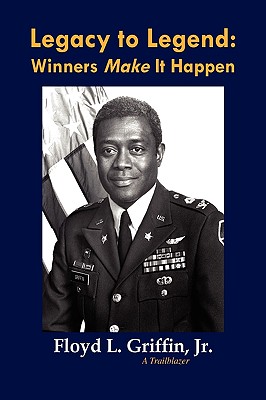