Hannah Bond, pen name Hannah Crafts (b.ca.1830s), was an African-American writer who escaped from slavery in North Carolina about 1857 and went to the North. Bond settled in New Jersey, likely married Thomas Vincent, and became a teacher. She wrote The Bondwoman’s Narrative after gaining freedom, which may be the first novel by an African-American woman. It is the only known one by a fugitive slave woman.

Apparently written in the late 1850s, the novel was published in 2002 for the first time after Henry Louis Gates, Jr., a Harvard University professor of African-American literature and history, purchased the manuscript and had it authenticated. it rapidly became a bestseller.

Bond’s identity was documented in 2013 by Gregg Hecimovich of Winthrop University, who found that she had been held by John Hill Wheeler of Murfreesboro, North Carolina. He had identified many details of her life. Gates and other major scholars have supported his conclusions. 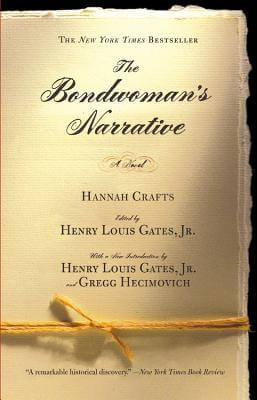