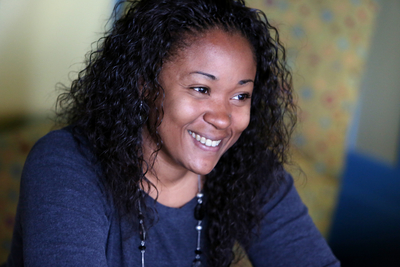 Her areas of specialization are Feminist Theory, Politics, and Discourse (particularly Black Feminism), Hip Hop Culture and Discourse (with an emphasis on Rap), and Critical Media Studies, and she has published in The Cultural Impact of Kanye West, the Journal of Popular Culture, the Journal of Black Sexuality and Relationships, and the German-language text Indivisible: Alliances against Racism. She is also the author of forthcoming essays examining FX’s The Shield, VH1’s Love & Hip Hop, Bravo’s Married to Medicine, and the relationships between “expertise” and Women’s Studies. She has contributed to Mark Anthony Neal’s NewBlackMan, NPR’s “Here and Now,” and Bitch Media, and has given talks at Vanderbilt, the Motherhood Initiative for Research and Community Involvement, Cornell, the U.S. Olympic Committee, Portland State, and many more organizations and institutions, especially in the U.S. and Germany.

On that note, Dr. Lewis’ first book, In Audre’s Footsteps: Transnational Kitchen Table Talk in Berlin, co-edited with Dana Maria Asbury and Jazlyn Tate Andrews, was recently published in Ingeborg Bachmann Prize-winner Sharon Dodua Otoo’s Witnessed, an English-language book series published by edition assemblage that features Black authors who have lived in Germany. In Audre’s Footsteps relies on Black and Transnational Feminist theoretical frameworks and methodologies to amplify the resistive and generative experiences of Black women and women of color educators, artists, activists, and scholars who consider themselves friends in the struggle. While being particularly attentive to racism, heterosexism, colonialism, and other forms of oppression and subjugation, In Audre’s Footsteps also examines how these women resist, reject, and revise oppressive narratives as they develop their subjectivities, as well as the always advantageous but sometimes contentious contours of solidarity. 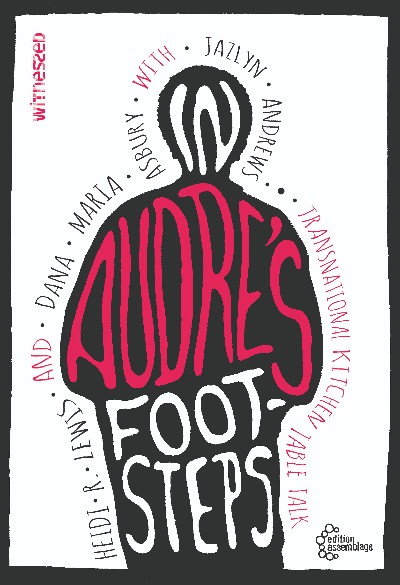