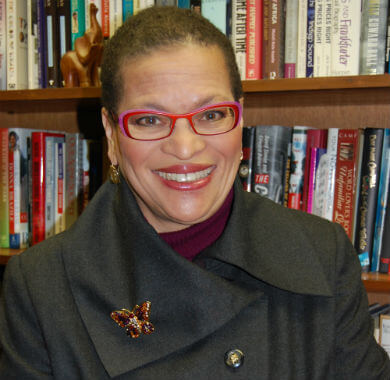 Dr. Julianne Malveaux is the 15th President of Bennett College for Women. Recognized for her progressive and insightful observations, she is also an economist, author and commentator, and has been described by Dr. Cornel West as “the most iconoclastic public intellectual in the country.” Dr. Malveaux’s contributions to the public dialogue on issues such as race, culture, gender, and their economic impacts, are shaping public opinion in 21st century America.

Malveaux’s popular writing has appeared in USA Today, Black Issues in Higher Education, Ms. Magazine, Essence Magazine, and the Progressive. Indeed, Malveaux was Essence Magazine’s first college editor, having been selected in 1970 by Marcia Ann Gillespie for her winning essay, Black Love is a Bitter/Sweetness. Her weekly columns appeared for more than a decade (1990-2003) in newspapers across the country including the Los Angeles Times, the Charlotte Observer, the New Orleans Tribune, the Detroit Free Press, and the San Francisco Examiner.

Well-known for appearances on national network programs, Malveaux has hosted television and radio programs, and appeared widely as a commentator, on networks including CNN, BET, PBS, NBC, ABC, Fox News, MSNBC, CNBC, C-SPAN and others.

Malveaux is an accomplished author and editor. Her academic work is included in numerous anthologies and journals. She is the editor of Voices of Vision: African American Women on the Issues (1996); the co-editor of Slipping Through the Cracks: The Status of Black Women (1986); and co-editor of The Paradox of Loyalty: An African American Response to the War on Terrorism (2002). She is the author of two column anthologies: Sex, Lies, and Stereotypes: Perspectives of a Mad Economist (1994); and Wall Street, Main Street, and the Side Street: A Mad Economist Takes a Stroll (1999). She is most recently the co-author of Unfinished Business: A Democrat and A Republican Take on the 10 Most Important Issues Women Face (2002).

Julianne Malveaux has been a contributor to academic life since receiving her Ph.D. in Economics from MIT in 1980. She has been on the faculty or visiting faculty of the New School for Social Research, San Francisco State University, the University of California (Berkeley), the College of Notre Dame (San Mateo, California), Michigan State University and Howard University. She has also lectured at more than 500 colleges or universities. She holds honorary degrees from Sojourner Douglas College (Baltimore, Maryland), Marygrove College (Detroit, Michigan), the University of the District of Columbia, and Benedict College (Columbia, South Carolina). She received her undergraduate education, as well as a master’s degree, in economics at Boston College.

A committed activist and civic leader, Dr. Malveaux has held positions in women’s, civil rights, and policy organizations. She was President of the National Association of Negro Business and Professional Women’s Clubs from 1995-1999, and is currently Honorary Co-Chair of Delta Sigma Theta Sorority, Incorporated. Currently, Malveaux serves on the boards of the Economic Policy Institute, The Recreation Wish List Committee of Washington, DC, and the Liberian Education Trust.

A native San Franciscan, she is the Founder and Thought Leader of Last Word Productions, Inc. a multimedia production company headquartered in Washington, DC. 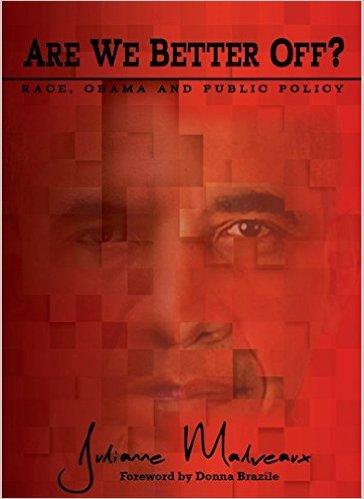 Are We Better Off? Race, Obama and Public Policy 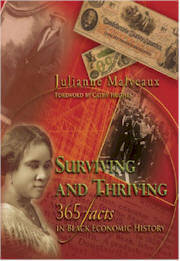 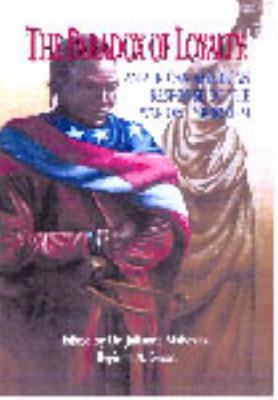 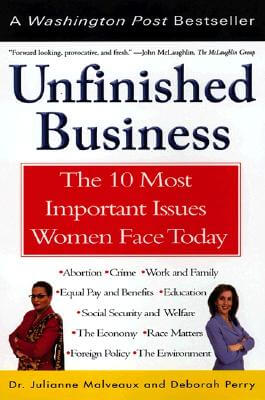