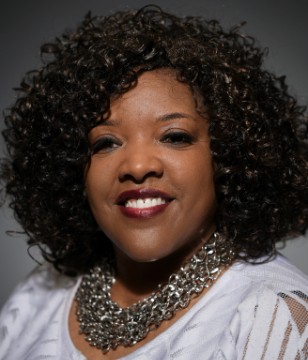 Kimberly Jones is a native Lawtonian and has been an educator with the Lawton Public Schools since 1998. Ms. Jones is motivated and inspired to make positive contributions to her community. In 1992, while attending Cameron University as an undergraduate student, she and four other college students created a program called “The Colors of Life.” This program collected multicultural books which highlighted historic figures and their contributions to society. These books were donated to elementary students once a month. Some books were donated to school libraries to enlarge their multicultural sections.

In 1999, Ms. Jones helped the group of junior high students (the Builder’s Club) conduct a fundraiser during National Red Ribbon week. The students raised enough money to buy several baby beds and cribs for babies born to drug addicted mothers. Ms. Jones and the students donated the items to the local Department of Human Service. Ms. Jones and the Builders Club received a recognition award from the State of Oklahoma for an innovative project.

As an educator, in 2013 Ms. Jones became founder of a program called “Attire to Aspire.” This program collects and donates school uniforms to needy families in the Lawton/Ft. Sill community. This program donates an estimated of 400-500 uniforms per school year. In 2013, Ms. Jones also created a community calendar entitled “Future Lens”. The calendar displays professionals in various career fields in a photograph with a younger student dress in the same career field attire.

In January of 2015, Ms. Jones collaborated with community leaders and surrounding churches to take at least 100 youth to view the movie Selma. A historical movie depicting the event of the Civil Rights March of 1965 in Selma, Alabama. The viewing of historical movies has evolved into an annual event entitled “Teamwork Makes the Dream Work.” This event has grown into a highly anticipated event which is attended by hundreds of youth, community leaders, local churches, civic organizations, and city officials.

In October of 2015, Ms. Jones became founder and collaborated with the Lawton Public Schools, Lawton Police Department and Department of Human Services to create a project called “The Red Tulip Project.” This project is in conjunction with National Red Ribbon Week. The Red Tulip Project collects newborn baby items such as baby beds, bassinets, baby bottles and diapers throughout the month of October. These items are picked up at the local schools by the Lawton Police Department and transported to the Department of Human Services. The Department of Human Services then gives the donated items to the emergency foster care providers who have temporary custody of the newborn babies born of drug addicted mother. In most cases, drug addicted mothers lose their parental rights and the babies are placed in emergency foster care through DHS.

In 2017, Ms. Jones became the co-founder of the program entitled “A Step Beyond the Tassel.” A program designed to assist underrepresent students to enroll in classes and courses which help them excel in the areas of Science, Technology, Engineering and Math (STEM). This program will provide workshops and information to local youth every four months throughout the year.

In 2017, Ms. Jones created an “ESSA Community” (Every Student Succeeds Act)workshop for families and members in the community. This workshop is designed to provide updated annual informational changes in the educational system.

Ms. Jones has two adult daughters, Latresa and Crystal who are both living in Texas. She also has seven grandchildren; Keyon, India, Jayden, Jay, Joe, Jaxon and Jace. 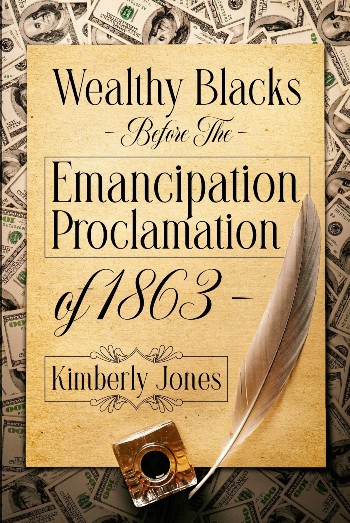 Wealthy Blacks Before the Emancipation Proclamation of 1863